BURLINGAME (CBS SF) -- Officials with the Peninsula Humane Society & SPCA on Friday said they have reunited a chameleon that was rescued from a power in Daly City earlier this week with his owner.

The organization made the announcement via its Twitter account Friday afternoon, posting a photo of owner holding the lizard, whose name is Meraxes.

According to the post, the chameleon had been missing since June.

The chameleon rescue happened Wednesday afternoon when, according to Peninsula Humane Society & SPCA Communications Manager Buffy Martin Tarbox, staff responded to a call about the exotic lizard stranded on the power line in Daly City from an area resident.

"We received a call yesterday from a concerned neighbor who, from a window of her home, spotted a chameleon stuck on a power line in Daly City," said Tarbox in a press release. "According to the neighbor, the poor lizard had been stranded on the wire for three days."

A staff member stood on the porch stairs of a home and used a wooden handled tool to net the chameleon, though the reptile stubbornly held on to the line initially. 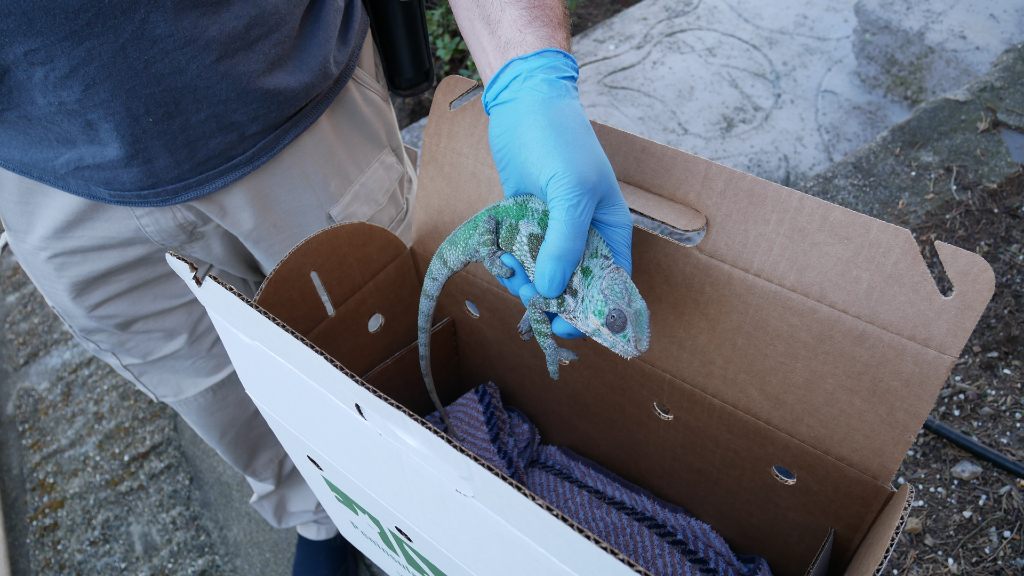 The Peninsula Humane Society & SPCA has a professional exotics animals team and was prepared to assist in the placement of the chameleon, according to Tarbox, but the organization was happy to get the reptile back to his rightful owner.