BODEGA BAY (KPIX) -- As dozens of stunned witnesses looked on, a gold Toyota SUV plunged over a scenic Pacific Ocean overlook near Bodega Bay Saturday, falling 70 feet to the rocks below, claiming the lives of the two women inside.

Authorities said the crash took place just after 11:30 a.m. at a parking lot near the Bodega Trailhead. The beautiful holiday weekend weather had brought dozens of people to the popular spot.

Crews from the Bodega Bay Fire Protection District, the Sonoma County Sheriff's Office including its Henry 1 helicopter and other neighboring agencies responded to the scene.

But by the time, firefighters and a deputy were able to repel down the cliff and get to the vehicle, the two women had died. Their identities were not immediately released pending notification of next to kin. 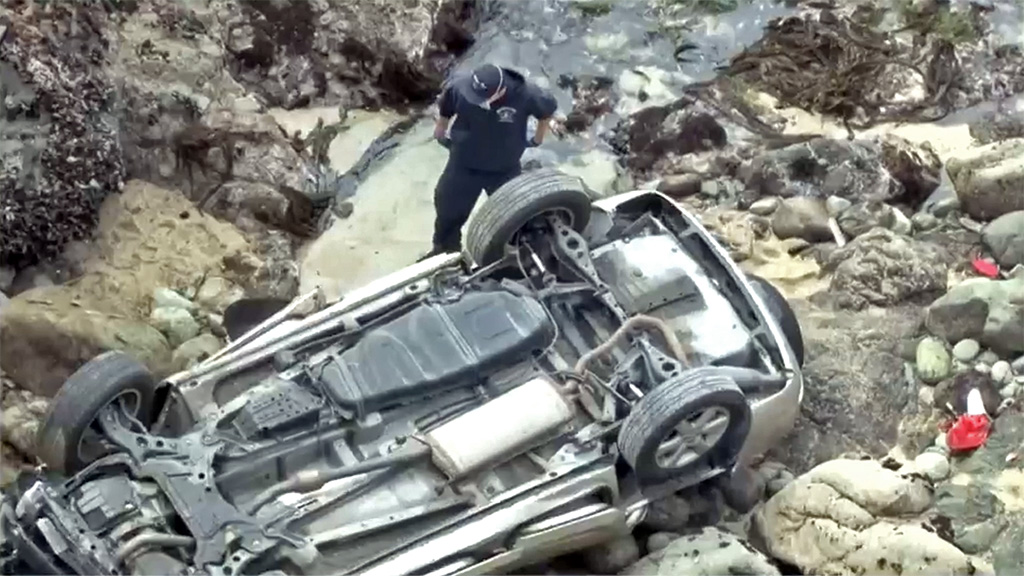 A Sonoma Coast park ranger told KPIX it was unclear if it was an accident or intentional.

The cause of the crash was under investigation. California Highway Patrol Officer David de Rutte said investigators will look into several factors, including autopsy results, the vehicle, and witness statements.