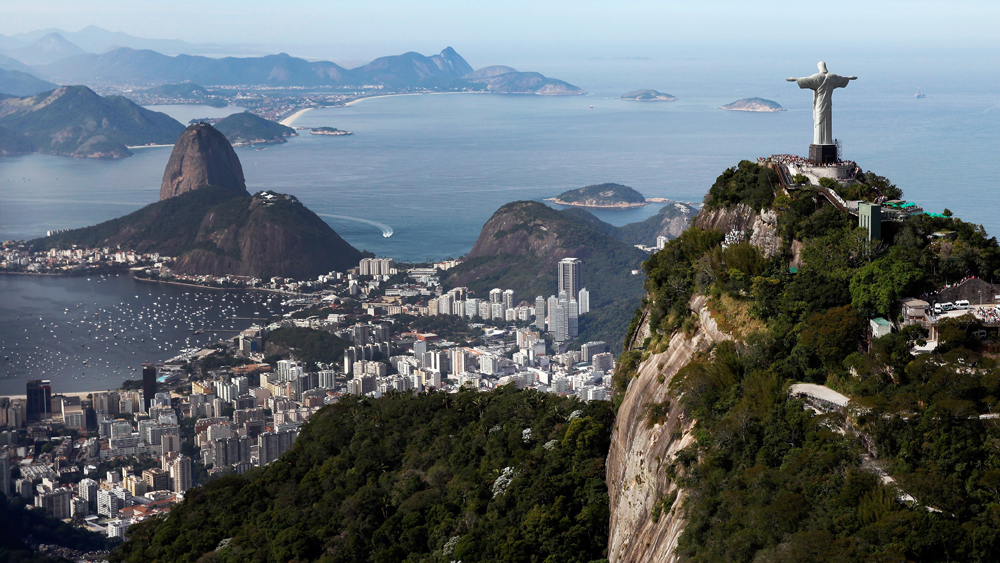 A visit to one of the New Seven Wonders of the World can be one of the most exciting and unforgettable vacations you and your family can take. In a voting process that spanned eight years, seven new wonders were chosen from 21 finalists by more than 100 million voters, with the winners announced in a ceremony in Lisbon in 2007. For a quick introduction of all of the Seven New Wonders, including an eighth voted as an honorary site, this article presents each historic site in chronological order, in addition to providing transportation recommendations for what may be the trip of a lifetime.

Perched atop Corcovado Mountain, this beautiful 98-foot-tall statue of Jesus Christ (top image) overlooks the fabulous city of Rio de Janeiro and its world famous beaches. Completed in 1922 to commemorate the 100th anniversary of the Brazilian Independence, the sculpture made of reinforced concrete and soapstone is the largest Art Deco statue in the world. Visitors to Rio de Janeiro have a number of travel options to visit Christ the Redeemer, including tour operators and taxis from Ipanema and Copacabana. A train runs from the Corcovado train station but a taxi or public bus must be used to reach the station, located about 4.75 miles from Ipanema. 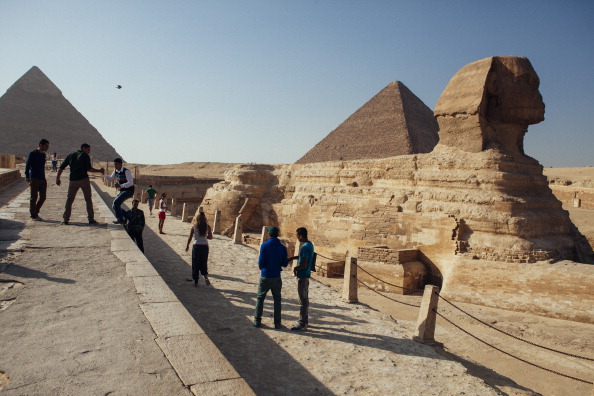 Located about 12 miles from Cairo, Giza Necropolis is the only surviving site of the original Seven Wonders of the Ancient World and an honorary selection to the New Seven Wonders. The famous archeological site features the Great Pyramid and the Great Sphinx of Giza and is estimated to be over 4,500 years old. Public transportation is available from Cairo but families should consider booking a guided private or group trip from a reputable tour operator such as Go Travel Egypt or Viator. Visitors staying in Cairo should also take time to visit the Egyptian Museum, featuring the golden mask of King Tutankhamun, the Royal Mummies Room and priceless treasures from the Valley of the Kings. The current traveler alert for Egypt can be found on the U.S. Department of State website.

With a history dating back to 476 B.C., the Great Wall stretches 5,500 miles across China and took an estimated 2,000 years to complete. The most famous and most visited section of the Great Wall is Badaling, about 48 miles north of Beijing. A number of tour operators can be found in Beijing, with recommendations including Viator, Great Wall Hiking and Discover Beijing Tours. Admission to Badaling is just 45 Chinese Yuan (about $7.50) but a guided tour from Beijing starts at around $75. A family trip to Beijing would not be complete without a visit to the Forbidden City, now the home to the Palace Museum.

Rediscovered in 1812, Petra was the fourth century B.C. capital of the Nabataean empire. Known for its intricate carvings into a sandstone mountain, Petra was a center of commerce, strategically located between the Dead Sea and the Red Sea. Tours to the Lost City can be arranged in Israel or from Anman, the capital and largest city of Jordan 150 miles to the north. A good source of reputable tour operators in Jordan can be found on the Jordan Tourism Board website. Family members should check the U.S. Department of State for any traveler alerts to Jordan in addition to the Jordan Embassy website for entry/exit requirements.

Located in the ancient center of Rome, the Colosseum is the easiest of all the seven wonders to reach. Just a short walk from the Colosseo subway station, the Colosseum remains the largest amphitheater in the world, with a capacity of up to 80,000 spectators. Guided tours are available from a number of operators but tickets for self-guided tours can be purchased on site for 12 euro. Families must not miss the ancient Roman Forum ruins just west of the Colosseum, featuring a number of surviving structures, such as the Temple of Venus and the Arch of Constantine.

Named "at the mouth of the well of Itza," Chichen Itza is the most famous and best preserved site of the ancient Mayan Empire. Covering approximately two square miles, Chichen Itza is best known for its familiar pyramid – El Castillo. Tour buses arrive at the visitor center, where travelers can meet with an English-speaking tour guide or explore on their own. The visitor center also sells souvenirs and refreshments as do some of the locals who sell their own gifts on a daily basis. Located in the Yucatan Peninsula in southeastern Mexico, Chichen Itza is a popular destination for visitors staying in popular spots like Cancun and Playa del Carmen. Several tour operators can be found throughout the Mexican Riviera and travelers can expect a full day trip from Cancun, which may include a buffet lunch and a short visit to a cenote. Located nearly 8,000 feet above sea level in the Andes Mountains, Machhu Picchu was a 15th century city built by the Inca Empire. Often referred to as "The Lost City of the Incas," Macchu Picchu can be reached in about three hours by train from Cuzco or Ollantaytambo or with a local tour operator. The vast majority of trains to Macchu Pichu are run by Peru Rail and tickets start at about $150 round trip from Cuzco. Visitors, especially families with children, are advised to stay within the scared city and avoid hiking to the top of Huayana Picchu. All-inclusive day trips run by tour operators from Cuzco start at about $300.

The breathtaking Taj Mahal is one of the most famous structures in the world as well as one of the most beautiful. Completed circa 1653, the enormous white marble mausoleum with a maximum height of 240 feet was built in memory of Mumtaz Mahal, third wife of Mughal emperor Shah Jahan. The most popular method of travel to Agra is by train. Visitors can take a train from the New Dehli Train Station or H Nizamuddin Railway Station and a one-way trip takes two to three hours. However, visitors must know that train stations will be very crowded and must be mindful of strangers in one of the world's largest cities. From the Agra train station, visitors can take a taxi or an auto-rickshaw for the final six miles of the journey. Admission to the Taj Mahal is 750 rupees (about $12.50) and is open daily from dawn to dusk, except on Fridays.