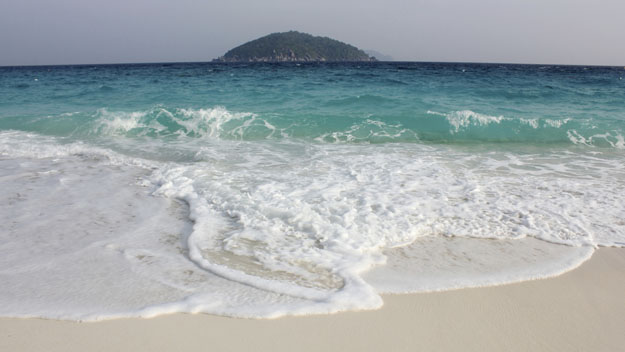 Planning for a trip to Waikiki Beach? With white sandy beaches, warm ocean waters and world famous landmarks, there's plenty to do to last the entire trip. If you're unfamiliar with the island of Oahu, it's important to know what to see and do, and where to stay. From hotel accommodations to recommendations for dining, use this handy guide to Waikiki to get you around the island.

Most visitors will arrive on Oahu at the Honolulu International Airport, approximately nine miles south of Waikiki. The airport is served by car rentals, taxi, public transit and private shuttle.

Motorists leaving the airport can take Interstate H-1 to McCully Street or the more popular, yet more congested Nimitz Highway 92.  Interstate H-1 is the busiest Interstate Highway in Hawaii and can be particularly busy during the morning and evening commute.

Related: Ask An Expert: Tips On Traveling With Kids

Although traffic along Ala Moana Boulevard and Kalakaua Avenue can be heavy, particularly during the summer, driving in Waikiki is generally easy. However, it's important to know that Honolulu has one of the worst traffic congestion in the U.S. Alternatives are the Waikiki Trolley, TheBus and a host of other trolleys and tour buses.

Most visitors to Oahu will want to stay as close to Waikiki Beach as possible. Fortunately, there is a wide range of hotels, from budget to high-end hotels.

Easily the most photographed landmark in Hawaii, Diamond Head is a cone-shaped volcano that's been dormant for over 150,000 years. The 475-acre state park is a popular destination for hiking and picnicking. The top draw is the trail to the observation station at the crater's 761-foot summit. The lookout yields one of the most spectacular views of the Oahu coastline in addition to the neighboring islands of Molokai, Lanai and Maui.

Located 11 miles east of Waikiki Beach, Hanauma Bay is generally considered Oahu's top spot for snorkeling. Visitors can enjoy viewing an impressive variety of colorful fish, such as angelfish, parrotfish and triggerfish, in addition to the possibility of observing sea turtles and other marine life. Because of its popularity, Hanauma Bay can be crowded during the morning hours and parking is at a premium. Another option is by booking a guided tour or shuttle bus from many Waikiki Beach hotels or via public transportation. Visitors must walk or take a tram down a steep path to reach the beach.

With Diamond Head serving as an enormous backdrop, the 42-acre Honolulu Zoo features more than 1,200 animals. The only zoo in the U.S. to be founded by a sovereign monarch draws over 600,000 visitors annually. The Honolulu Zoo is across the street from Kapiolani Park, the largest and oldest public park in Hawaii. A few blocks away is the Waikiki Aquarium, the second oldest pubic aquarium in the country that celebrated its 110th anniversary in 2014.

The former official residency of Hawaii's monarch, Iolani Palace is the only royal palace in America. Built in 1879, the palace lies on 11 acres in the capitol district of downtown Honolulu. A National Historic Landmark, the palace has been a public museum for more than 35 years. Also on the palace grounds are the Iolani Barracks that housed the royal guard, the Coronation Pavilion site of the 1883 coronation of King Kalakaua and Queen Kapiolani and the Sacred Mound, former resting place of King Kamehameha II and Queen Kamamalu.

Across from Iolani Palace is Aliiolani Hale, the Hawaii State Supreme Court and former government seat for the Kingdom of Hawaii. Standing in the courtyard in front of the historic building is the iconic statue of King Kamehameha, founder of the Kingdom of Hawaii. The 18-foot-tall bronze statue depicts King Kamehameha in traditional royal garb, featuring a gilded cloak and helmet.

One of the most photographed landmarks in Hawaii, the Duke Kahanamoku stands with open arms in front of Waikiki Beach. One of Hawaii's most famous athletes, Kahanamoku is called the Father of Modern Surfing and was a five-time Olympic athlete. A powerful swimmer, he won gold medals in the 100-meter freestyle at the 1912 and 1920 Olympics. During his career, he appeared in 18 Hollywood movies, most notably "Lord Jim" in 1925 and "Mister Roberts" in 1955, where he portrayed himself.

National Cemetery of the Pacific

Commonly referred to as the Punchbowl, the National Cemetery of the Pacific was dedicated in 1949. The final resting place for more than 50,000 men and women who served in the U.S. Armed Forces including some who died during the attack at Pearl Harbor, the cemetery draws millions of visitors annually. The cemetery lies in an extinct volcano known as the Punchbowl Crater and is known for its peaceful setting and outstanding view of Honolulu.

Located along Oahu's North Shore about 35 miles south of Waikiki Beach, the Polynesian Cultural Center is Hawaii's top paid attraction. It is a theme park featuring eight villages representing Pacific Islands such as Samoa, Fiji and Tahiti. The 42-acre facility, owned by the Church of Latter Day Saints, is highly acclaimed for its evening shows and luaus. A number of tour operators in Waikiki offer round-trip transportation from Waikiki Beach hotels.

The USS Arizona Memorial marks the final resting place for 1,102 sailors who lost their lives during the December 7, 1941 attack at Pearl Harbor. Managed by the National Park Service, visitors can obtain free first-come, first-served tickets at the Pearl Harbor Visitor Center. Ticketholders first view of short film of the events leading up to the attack in the Pearl Harbor Memorial Theater, prior to boarding a ferry to the memorial. Visitors can also visit the recently opened exhibit galleries, in addition to other historic sites, like the USS Bowfin Submarine and the Battleship Missouri.

One of the world's most famous beaches, Waikiki Beach is unquestionably one of the top attractions on the island of Oahu. Known for its white sand and warm waters, the two-mile-long beach extends from the Ala Wai Canal to the shores off Diamond Head. Attracting over four million visitors annually, the beach is a haven for surf lessons, catamaran cruises, canoe rides, submarine rides and much more.

Related: How To Stay Healthy While Traveling
Randy Yagi is a freelance writer covering all things San Francisco. In 2012, he was awarded a Media Fellowship from Stanford University. His work can be found on Examiner.com Examiner.com.