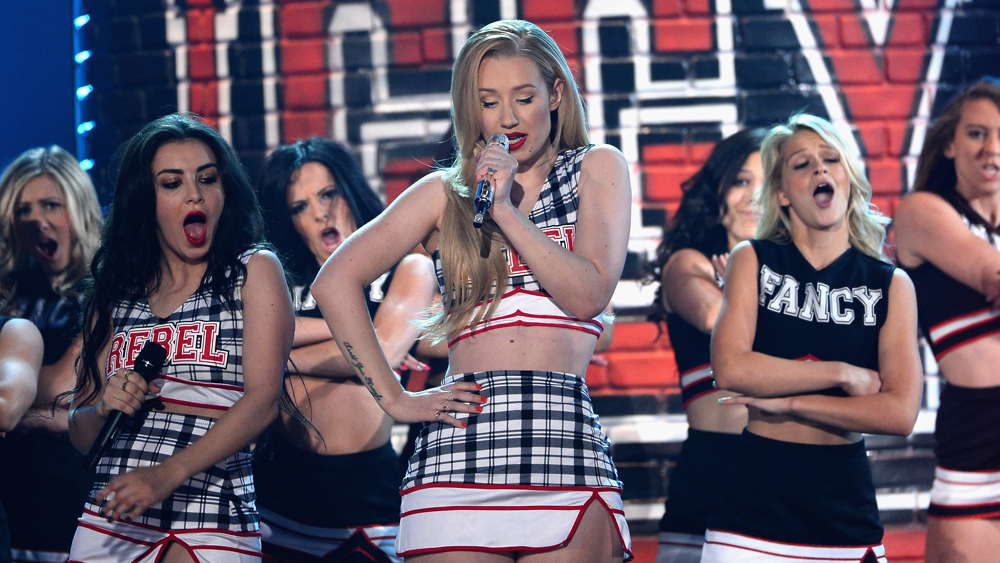 In this week's edition: Father & daughter team sings Iggy Azalea's "Fancy," Turlock teen moonwalks like MJ + so much more...all on The Outbreak!

Description: This guy wins the coolest father award. While on the road with his daughter, instead of putting on "Let It Go" from the movie "Frozen," he puts on Iggy Azalea's hit song "Fancy" and the rest is epic!

Description: The video of Pitman High's talent show is going viral, already racking up over 170,000 in less than a day, most assuredly because of one teen's spot-on imitation of "the King of Pop's" signature dance moves.


Michael Jackson - Slave To The Rhythm

Description: The first single from Michael Jackson's second posthumous album "Xscape" has posted on YouTube, raking in over 7.2 million views.

Description: Filming of the upcoming Disney/Lucasfilm movie "Star Wars: Episode VII" is currently underway in Abu Dhabi with the entire cast. Via YouTube, director J.J. Abrams has announced he is inviting one lucky person to the set of the film.

Description: Tony Hawk risks his life by jumping over a MINI Hardtop a split second before it plows through the ramp.

Description: Some controversy almost arose when Kendal Jenner almost pulls a "John Travolta/Adele Dazeem" at the Billboard Music Awards. Instead of introducing 5 Seconds Of Summer, Jenner "One…" almost saying One Direction. Since then, more curiosity about this band grew and with the release of "Don't Stop," their music video has already garnered over 2.6 million views on YouTube.

Description: We've seen little children sing many types of music. But have you ever seen a toddler sing the blues? Watch out B.B. King, check out this little tyke.

Description: On the season finale of SNL, Andy Samberg plays stadium DJ on "The Lonely Island's" SNL Digital Short. The video features a cameo of Lil' Jon and has already gone viral with over 5.3 million YouTube views.

Description: From Jaime Tatos Maldonado's video on Facebook; 'I was walking to kroger and saw this guy playing a song. It sounded good so I decided to record it. By the end of the song three guys started jamming. This truly is music in its simplest form. It really reminds of the Austin days.