SAN FRANCISCO (CBS SF) -- Popular Mission District club the Chapel on Saturday hosts a fund-raising streaming event that will broadcast the venue's first socially distanced concert on its new outdoor stage from back in August featuring the Red Room Orchestra.

The concert marked the return of live music to the Chapel and its sister restaurant Curio (which reopened back in mid-June with a new chef and menu) and was the first of several outdoor music events held at the club's outdoor stage since the COVID-19 pandemic (and subsequent lockdown of live music venues) began in March. 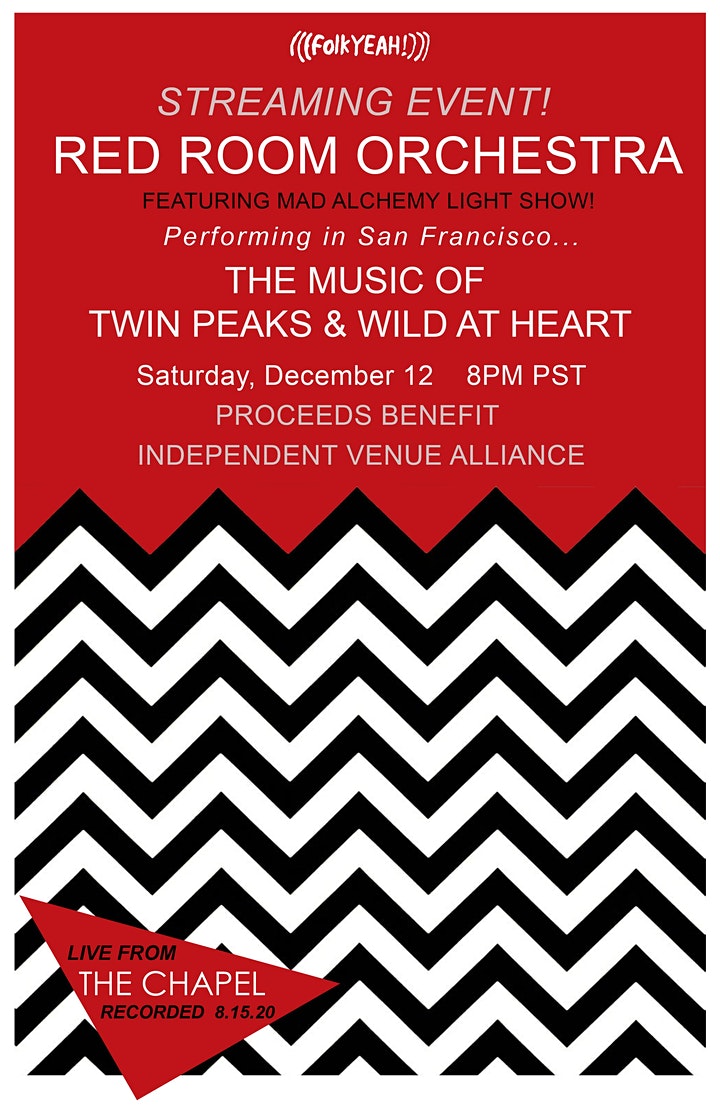 Much as that concert was aimed at raising money and awareness about the plight of Bay Area venues that are part of the Independent Venue Alliance, the livestream event will also serve as a fundraiser for the organization founded last spring.

Operators from landmark San Francisco venues like the Bottom of the Hill, El Rio, the Rickshaw Stop and the Chapel all banded together in order to amplify the cause of these key cultural hubs that have received little assistance from either city or federal government officials.

All IVA venues remain closed in the wake of the current COVID surge and will likely remain shuttered until the final phase of business reopenings. Some are speculating that live music performances, even on a smaller scale, may not return for months.

The stream will present the live performance that christened the Chapel's outdoor stage back on August 15th with session veteran and keyboard/trumpet player Marc Capelle leading a stripped-down line-up of his soundtrack focused ensemble the Red Room Orchestra.

The longtime leader of the all-star R&B revue Marc & the Casuals, Capelle in recent years has found more and more time taken up by his newer, more ambitious project. The Red Room Orchestra was initially formed in 2017 to pay tribute to the music featured in "Twin Peaks," the surreal television show by iconic director David Lynch that saw a revival with "Twin Peaks: The Return" on Showtime that same year.

Lynch's unique cinematic creations have always put music in the spotlight, from the singing Lady in the Radiator from the director's 1977 debut and the bizarre visage of Dean Stockwell lip syncing to the Roy Orbison hit "In Dreams" in his Oscar-nominated breakthrough Blue Velvet through his use of both '50s and modern rock in Wild at Heart and Lost Highway during the '90s. Lynch made music a cornerstone of "Twin Peaks" and its 1992 cinematic prequel Twin Peaks: Fire Walk With Me, collaborating with his longtime composer Angelo Badalamenti on original songs like the hit "Mysteries of Love" sung by Julee Cruise (who would release a full album of Lynch/Badalamenti tunes and appeared in both the series and film).

The positive reception of that show would lead the group to make a number of acclaimed appearances at San Francisco festivals over the past three years. Performances at the SF Sketchfest, Outside Lands, Clusterfest and the San Francisco International Film Festival found the group delivering the music of "Twin Peaks" with cast members from the show as well as songs from the soundtracks of films by Wes Anderson (Rushmore and The Royal Tenenbaums), Paul Thomas Anderson's Boogie Nights and the Cohen Brothers' classic, The Big Lebowski.

At the August 15 performance, the group dug deep into classic tracks from "Twin Peaks" alongside music from another Lynch creation, the dark and twisted 1990 family drama Wild At Heart that includes everything from big-band swing (Glen Miller's "In the Mood," the Casa Loma Orchestra's "Smoke Rings"), '50s rock (Elvis Presley, Gene Vincent) and Bay Area rock crooner Chris Isaak with a psychedelic liquid light show by Mad Alchemy. Selected music from Fire Walk with Me, Blue Velvet and Eraserhead was also featured.

The stream of the performance by a pared-down version of the group includes Capelle with RRO stalwarts Baker, Ayres and Straus, Larry Carr and special guest Kelley Stoltz will raise money for the IVA and offers options to make additional donations to the nonprofit and to download an audio recording from the concert. Tickets for the stream hosted by Seated are available on the Chapel's website.