ROME (CBS SF/AP) -- An Italian police officer testified Wednesday at the murder trial of San Francisco Bay Area residents Finnegan Lee Elder and Gabriel Natale-Hjorth about trying in vain to stop blood pouring out like a "fountain" from his partner who was fatally stabbed last summer on a Rome street.

The two young men from the San Francisco Bay Area were in Italy's capital as vacationers a year ago, and are charged in the killing of Carabinieri Vice Brigadier Mario Cerciello on a street near their hotel on July 26, 2019. 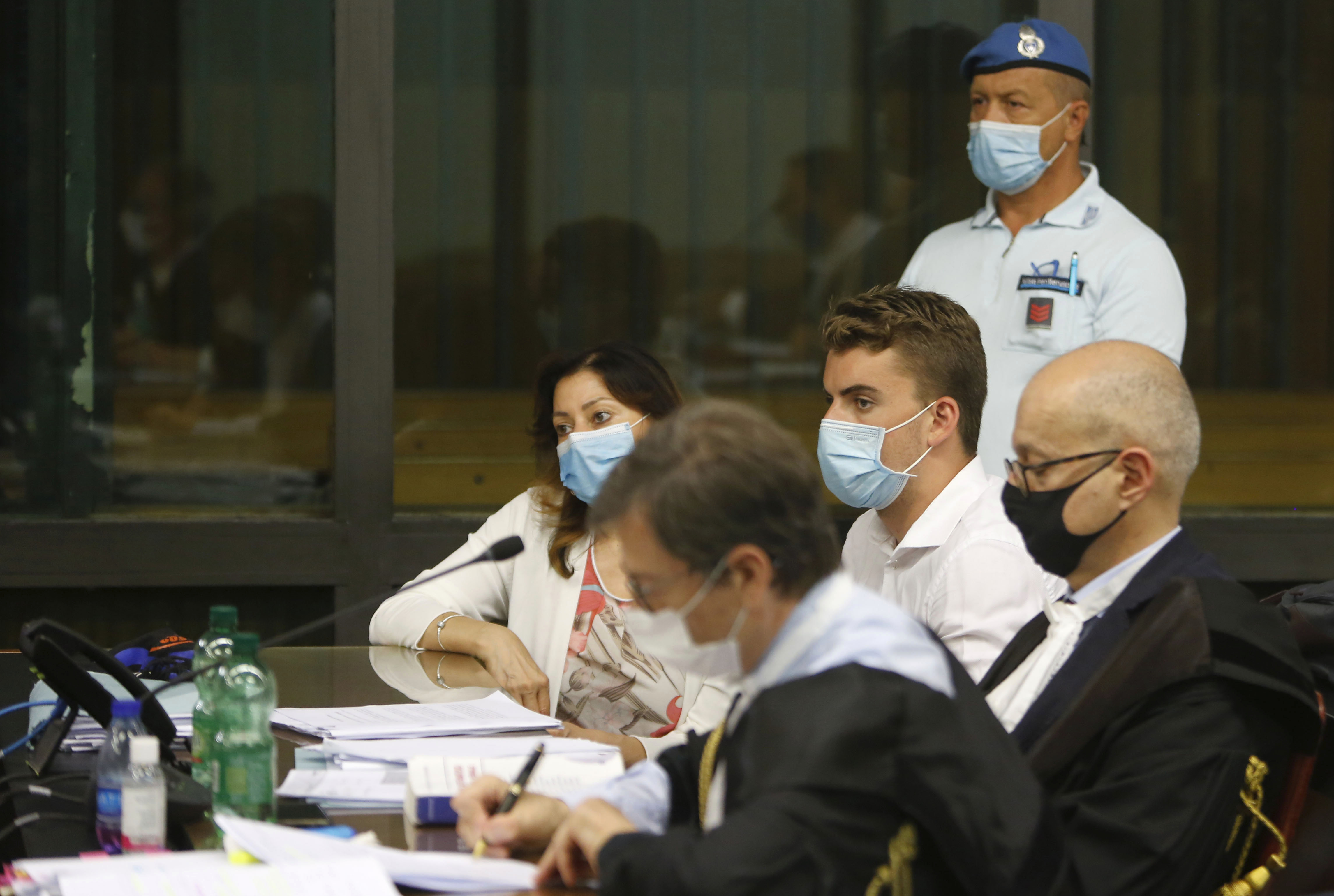 Elder, now 20 from Marin County, and Natale-Hjorth, now 19 from San Francisco, said in pretrial questioning that they mistook Cerciello and his partner as criminals trying to attack them and that they scuffled with the Italians to defend themselves, according to court documents.

Prosecutors allege that Elder stabbed Cerciello 11 times and that Natale-Hjorth hid the murder weapon, a military-style attack knife that Elder allegedly brought in a suitcase from the United States. Under Italian law, defendants having a role in a murder case can also be charged with homicide.

The confrontation followed an alleged attempt by the tourists to buy cocaine earlier in the evening in a Rome nightlife district. After allegedly paying for the drug, the Americans realized they were swindled and didn't receive it.

Angry, the Americans snatched a backpack with a cellphone inside that belonged to the drug dealer's go-between, the prosecution contends. 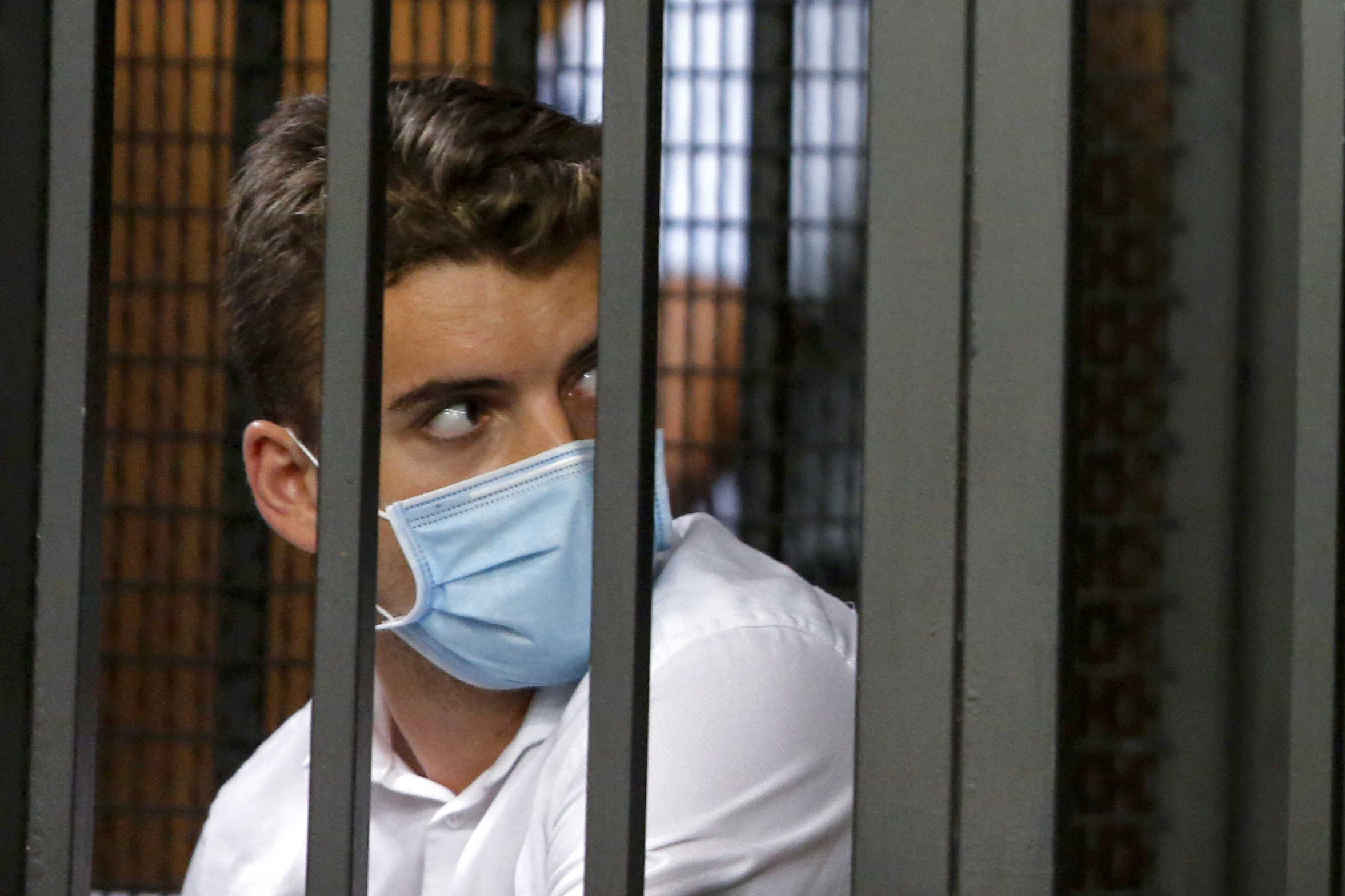 The backpack's owner told police that when he called his own phone, one of the Americans answered and demanded money and cocaine in exchange for returning the bag.

Cerciello's partner, Andrea Varriale, testified that the two officers were dispatched on a pre-dawn mission to retrieve the bag. Working in plainclothes, Varriale said he wore a polo-shirt and jeans while Cerciello wore a T-shirt and long shorts. Varriale testified that he pulled out his badge from his pocket and yelled, "Carabiniere!'' to identify himself as a police officer, as did Cerciello.

The defense has insisted the Americans didn't realize the two were police officers and didn't see any badges.

Varriale also testified that both he and Cerciello were unarmed. He said they cautiously approached two men at the appointed retrieval site, thinking the pair looked suspicious with their sweatshirt hoods pulled up over their heads on a steamy summer night.

"I didn't even get to say 'What's your name?" when he grabbed me, we went down, we rolled, in a kind of funny way, on the ground."

Prosecutors have said Varriale scuffled with Natale-Hjorth, while Elder wrestled with Cerciello.

"When I realized he just wanted to get free, I had my shoulders against the ground, I understood it was better to let him go," Varriale said.

He said he first sensed something was wrong when he heard Cerciello yelling in a strange voice "'Stop! Carabinieri!"

At one point, "I looked to the left, Mario was on his feet, swaying. 'They stabbed me, they stabbed me,'" Varriale said his partner called out. "I saw the blood coming out like a fountain to the ground," and Cerciello was having a hard time breathing," the partner testified.

Cerciello, 35, died shortly after in hospital.

Varriale told the court he didn't see either defendant pull a weapon. Natale-Hjorth has told investigators he didn't know his friend brought a knife to the backpack exchange rendezvous.

The day's hearing was abruptly ended after Cerciello's father-in-law collapsed in the courtroom as the court was listening to a dramatic audio tape of Varriale's call for an ambulance for his dying partner. As Varriale struggles to stem the bleeding with his polo-shirt and tells the police dispatcher the street name, he alternately calls out desperately, "Mario, Mario."

Cerciello's widow, clutching a photo of her newlywed husband, sobbed.

The Americans, like everyone else in the courtroom wearing face masks in accordance with anti-COVID-19 laws in Italy, turned to watch the commotion.

The remainder of Varriale's questioning by prosecutors, and the expected start of defense cross-examination, was postponed till Thursday.

At the hearing's start, Judge Marina Finiti reminded Varriale that he himself is a defendant in a separate case. Hours after the slaying, as the suspects were being questioned at a police station, Varriale allegedly made a video of Natale-Hjorth sitting blindfolded as an officer asks him his name and other information. Blindfolding a suspect violates an Italian law, which is supposed to safeguard the dignity of criminal suspects.

Later this month, the court is expected to hear the findings of a psychiatric evaluation of Elder requested by the defense. The Americans' turn on the witness stand isn't expected until after the court returns from an August vacation recess.