The skirmish with police began near Addison and Shattuck at about 6:30 p.m. as police and masked protesters faced off. The protesters broke windows along University Ave. near Martin Luther King Blvd., smashed bottles and spray painted graffiti. Others took hammers and smashed ATM machines, and overturned garbage dumpsters. 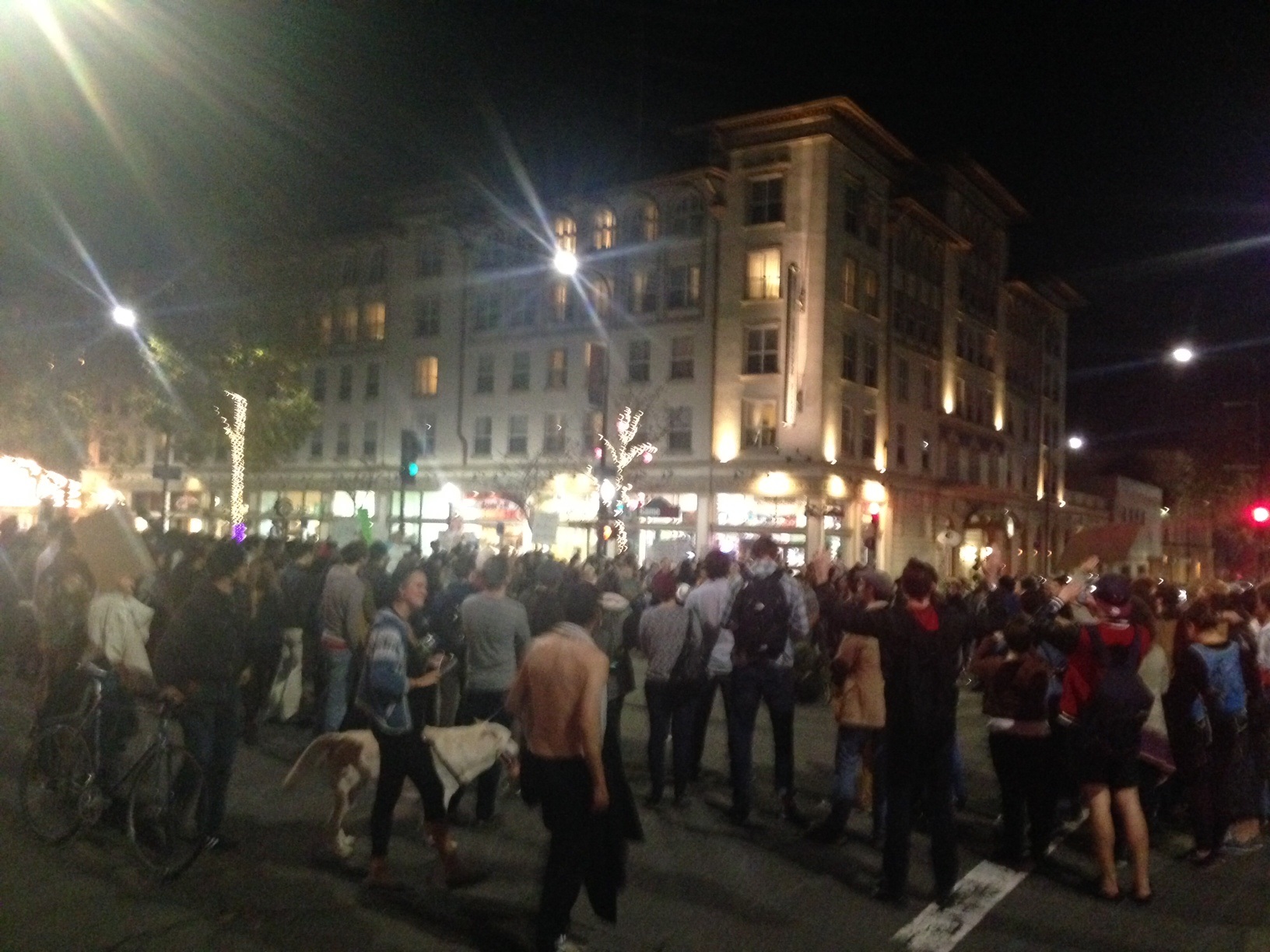 KCBS reporter Mark Seelig described it as a "mob scene." He said employees at Trader Joes shut themselves inside the store in an effort to escape the violence.

The march was organized by Occupy Oakland and other groups, to protest recent grand jury decisions in Ferguson and New York.

The decisions not to indict police officers in the shooting death of Michael Brown, and the chokehold death of Eric Garner have sparked protests across the country.

Saturday night, several hundred demonstrators began marching around 5 p.m., at UC Berkeley. Originally, the marchers planned to go all the way to Frank Ogawa Plaza in Oakland, but by 7 p.m., the demonstration still hadn't left Berkeley.

Once the violence broke out, the group splintered, and non-violent marchers retreated. Observing the damage, one protester told KCBS's Seelig, "this is not what I signed up for."

Police shut down University Avenue, the I-80 University off-ramp, and the downtown Berkeley and North Berkeley BART stations.

By 7:30 p.m. protesters had made their way to San Pablo Ave. and were heading north, far from the original route that was supposed to end at Oakland's Civic Center. By 8 p.m. protesters scaled a fence and were heading back to University Ave. Berkeley and Oakland police joined forces and began using strategies to try and corral the demonstrators and get them to disperse. By 9:00 p.m. only a few dozen stragglers remained along with a battalion of police cruisers, motorcycle cops, even armored vehicles.

One officer was injured. No word yet as to how many, if any, arrests. 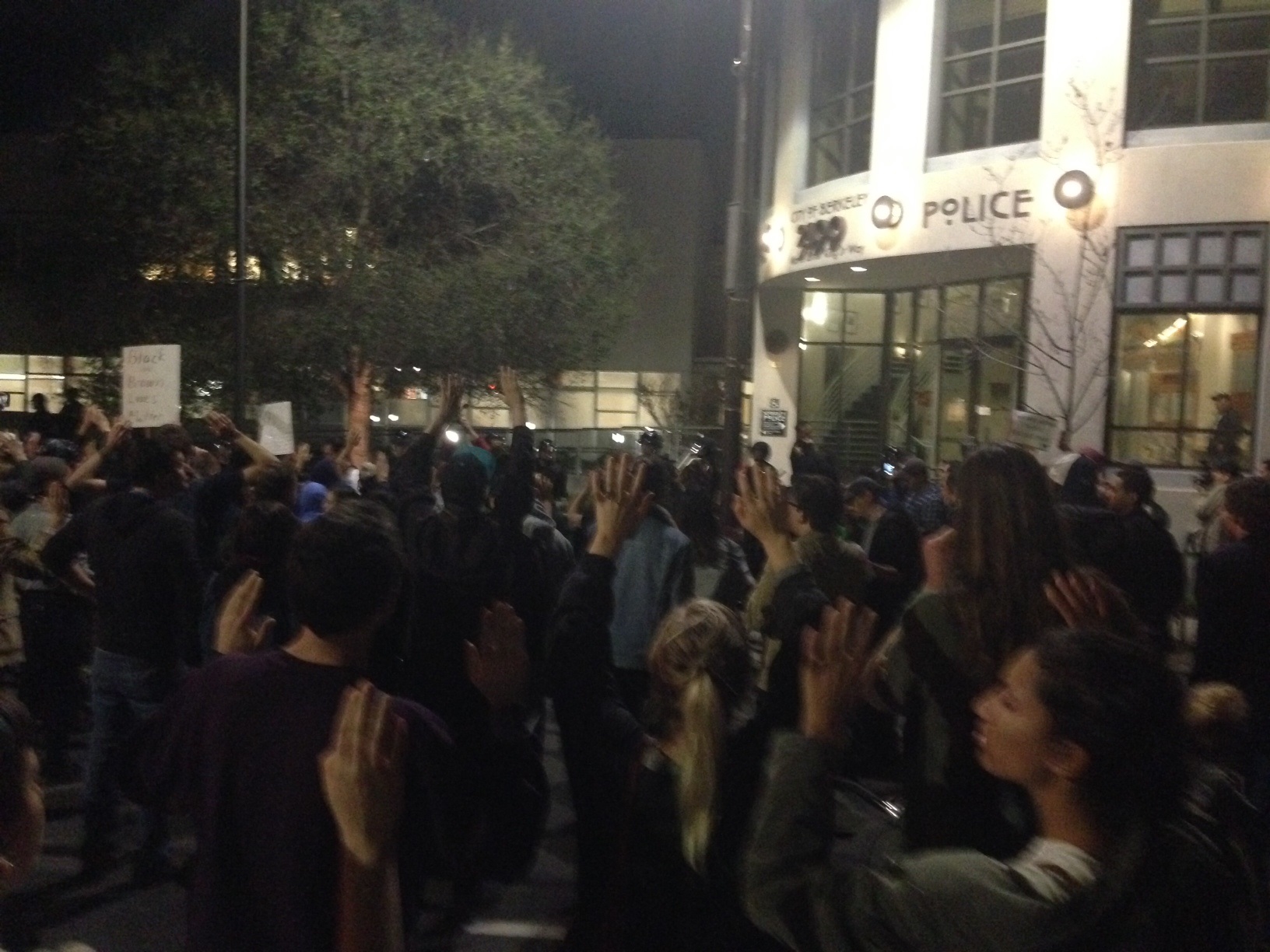 Some businesses began boarding up their windows earlier Saturday. Vandals shattered the windows at Radio Shack, Trader Joes, Wells Fargo, a wine shop and other unlucky businesses along their path.

Similarly, those protests started out peaceful, but ended with several arrests after vandals and self-described anarchists began defacing property in downtown Oakland, later that night.