The sheriff's office planned to have deputies escort evacuees to their homes at 3 p.m. and 7 p.m. today and the escort is now rescheduled for Monday at noon, according to sheriff's officials.

One civilian fatality has been reported, according to Cal Fire.

So far the fire has burned 1,200 acres, damaged or destroyed 10 homes and numerous outbuildings, according to Cal Fire. It remains 10 percent contained.

One closure is east of Cachaugua Road and the other is at Martin Road, sheriff's officials said.

No one will be allowed into the evacuated area without an escort, deputies said.

The cause of the fire remains under investigation, according to Cal Fire. An estimated 590 firefighters were battling the fire as of this morning, Cal Fire officials said. 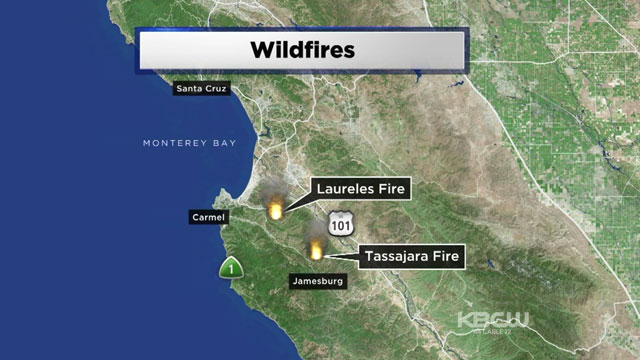 © Copyright 2015 by CBS San Francisco and Bay City News Service. All rights reserved. This material may not be published, broadcast, rewritten or redistributed.