Triple digital temperatures were expected for many locations with 110 being predicted for Brentwood, 108 for Walnut Creek, 107 for Livermore and Fairfield and 102 in Clearlake. 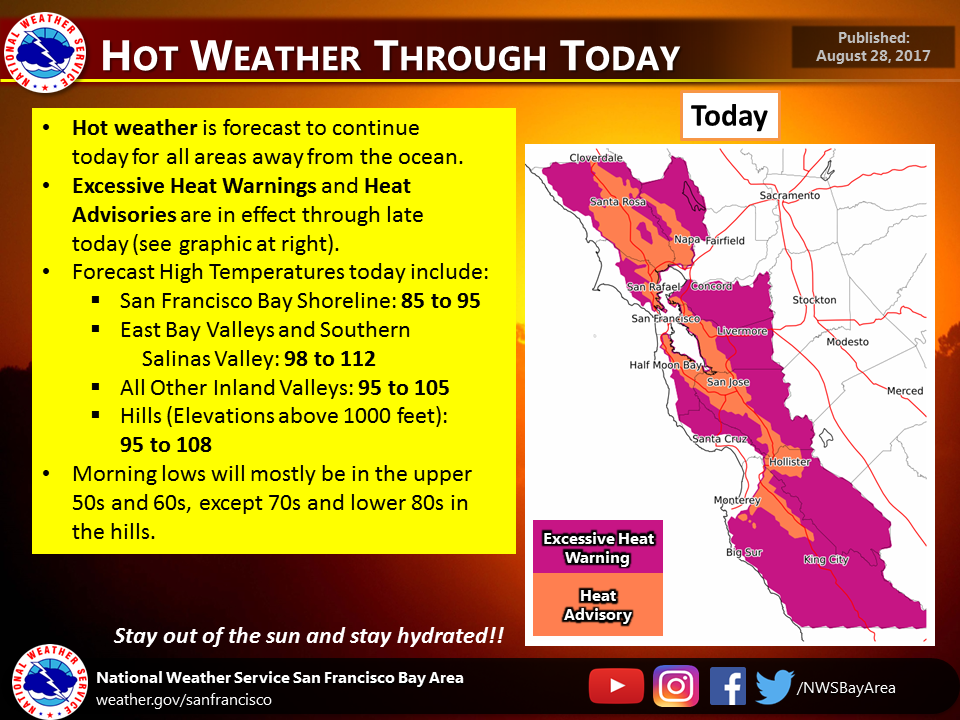 Forecasters warned that prolonged exposure to the high temperatures will increase the risk of heat related illnesses. Pets and livestock may also require
extra care until 9 p.m.

Officials said to make sure to drink plenty of fluids, stay in an air-conditioned room, stay out of the sun and check up on elderly relatives and neighbors.

The soaring temperatures were not good news for firefighters battling a brush-fire south of Livermore. So far 44 acres have burned and the fire was only 20 percent contained by Monday morning.

The smoke and stale air over the Bay Area also triggered a third consecutive Spare The Air day warning for the region.

Meanwhile, a marine layer of fog off-shore will make conditions very pleasant along Northern California coastlines with temperatures in the upper 60s to the low 80s.