BEN LOMOND (CBS SF) -- A veteran Santa Cruz County Sheriff Deputy was killed and a second was severely injured by an improvised explosive device Saturday during "an ambush" in the Santa Cruz Mountains.

A grief-stricken Santa Cruz County Sheriff Jim Hart said the dead deputy was 38-year-old Sgt. Damon Gutzwiller, who had been with the department since 2006 and was married with a small child and a second child on the way. 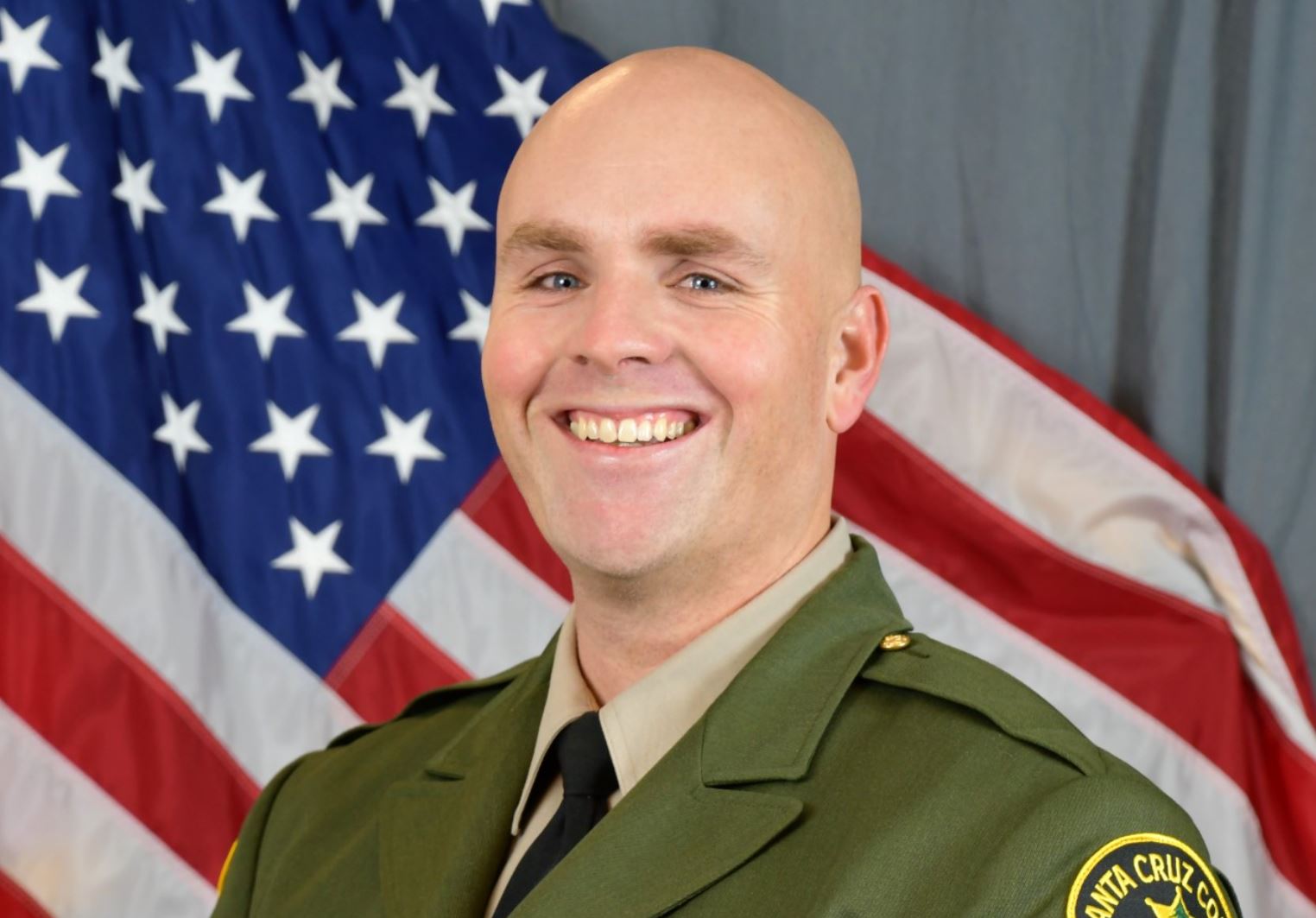 "Damon will be deeply missed," said Hart. "He was a beloved figure with the sheriff's department."

Hart said his agency received a 911 call at 1:30 p.m. of a suspicious van parked off the road near Jamison Creek.

"The caller saw guns and bomb making materials inside the van," he said.

Gutzwiller and another deputy responded and saw the van driving away. They tracked it to a home in Ben Lomond. When they got out of their vehicles they "were ambushed with gunfire and improvised explosive devices." At 2:36 p.m. a call went out reporting an officer down.

"Sergeant Damon Gutzwiller was shot and taken to the hospital where he was pronounced dead," Hart said. "Another deputy was either shot or struck by shrapnel and struck by a car as the suspect fled the property. We are hopeful the deputy will recover."

The suspect was tracked down by other officers and wounded in his apprehension.

"Calls of a carjacking nearby soon followed as officers from departments throughout Santa Cruz County began arriving to the area, several of whom were involved in the arrest of the suspect, Steven Carrillo, who was reportedly armed, was shot during his arrest," Hart said.

Hart said the suspect was transported to the hospital for treatment and would be charged with first degree murder.

A CHP officer also suffered a hand wound in the incident and was expected to survive.

"Words cannot express the pain we feel for Damon and his family," Hart said, "He was the kind of person we all hope to be. Today, we lost a hero. We are grateful to have known him and we mourn with his family."

The District Attorney's Office is investigating the case.