SAN FRANCISCO (CBS SF) -- Do you need a cup of coffee in the morning to get your motor running? Perhaps two... even three? Well, drink up. While all that java gets you going, it's also adding years to your life... and that's no jive.

A group of Harvard researchers found that drinking copious amounts of coffee every day lowers the risk of mortality.

Their study titled, 'Association of Coffee Consumption with Total and Cause-Specific Mortality in Three Large Prospective Cohorts' was published in this month's Circulation, an online publication of the American Heart Association.

According to the research, if you drink one cup of regular or decaffeinated coffee a day, you will lower your chance of premature death from type 2 diabetes, cardiovascular disease, neurological diseases, even suicide. Drink three to five cups, and your risk gets even lower.

The researchers examined data of some 200,000 people over three decades, sourcing three other studies, and found significantly lower death rates among non-smokers who consumed one to five cups of coffee a day. 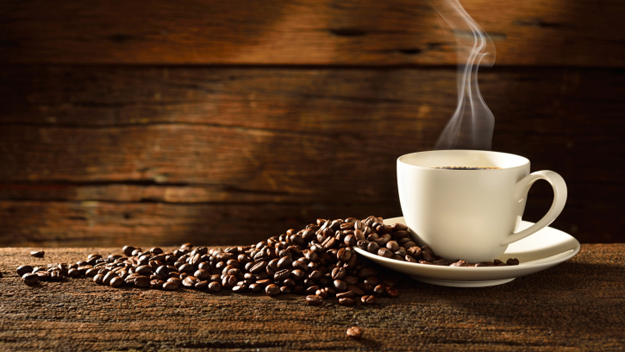 According to one of the authors, Ming Ding, a doctoral student in Harvard's Department of Nutrition, something floating in that cup of java helps the body resist disease.

"Bioactive compounds in coffee reduce insulin resistance and systematic inflammation," he said in a press release. "That could explain some of our findings. However, more studies are needed to investigate the biological mechanisms producing these effects."

"These data support the 2015 Dietary Guidelines Advisory Report that concluded that 'moderate coffee consumption can be incorporated into a healthy dietary pattern.'"

So, whether you take your coffee black, with cream and sugar, regular, or decaf, go ahead and enjoy it. And while you're sipping, sing a line or two from the old Java Jive song...

Here's to a long java-filled life, and may your coffee cup runneth over.

CBSSF.com writer, producer Jan Mabry is also executive producer and host of The Bronze Report. She lives in Northern California. Follow her on Twitter @janmabr.