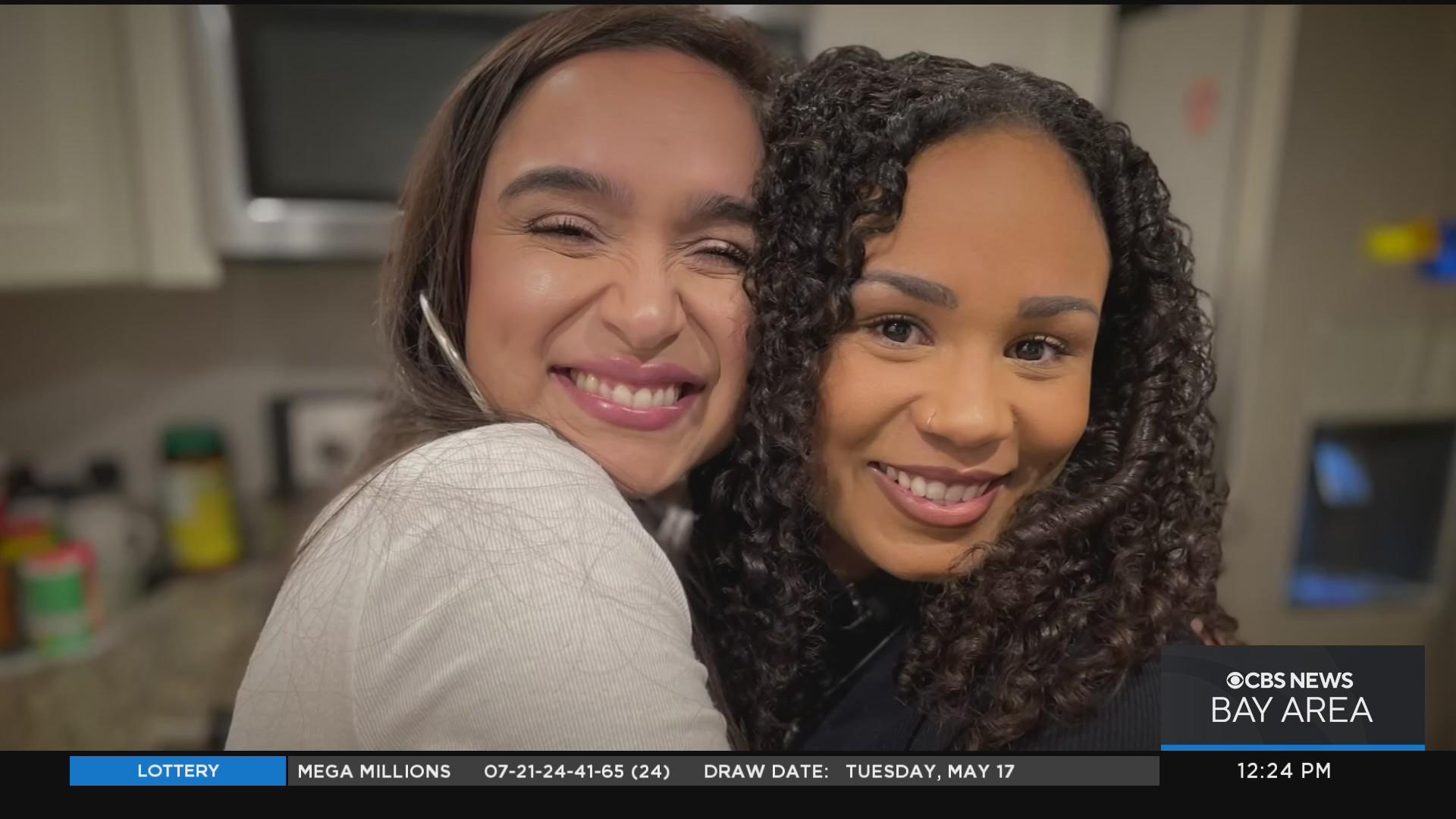 SAN JOSE -- If the past two years have taught us nothing else, it's that friendships are what keeps us going in the toughest of times. Veronica Toscano and Nyia Roberts are two Students Rising Above scholars who's bond has remained stronger than ever.

They were recently reunited, after have not seen each other in person for over two years due to the pandemic. The pair are like sisters, so their years long separation during COVID has been hard.

"Let me not tear up talking about her,' said Roberts of her friend and SRA mentor. "But Veronica is very special to me ... she's become like a big sister, you know, being a first generation college students, not a lot of people have shared that experience."

The close friends have been keeping up via weekly texts, phone calls and video chats. So Toscano's in the know- and quick to brag- about all of Robert's recent achievements.

"She's going to school, getting her masters," said Toscano of her friend. "She works on the weekends at a retail store, and in addition to that, she's mentoring students, and I believe you work at a school right now? This girl got a 4.0!"

So when she missed Robert's college graduation party, held in the summer of 2019, Toscano was bummed. But so was Roberts, as she shared the joyous occasion with her best friend, her mom Ann Shulmister.

And together the pair shared with KPIX the struggles they face as a biracial family.

"When people see me the first thing that they see is my skin," explained Roberts back in 2019. "And they may not think that I am biracial and that is really hard because it's like they are denying a piece of me."

"As a mother, it hurts," said Shulmister. "Because as parents we always want to protect our children but the reality is we cannot. [My daughter's] turned that into her drive."

Robert's drive has kept her moving forward, as she struggled with others racial bias from others. And when she's needed a safe space to decompress during college, Toscano stepped in to help ... offering Roberts' a place to stay.

"She gave me a safe place to stay!" said Roberts of Toscano. "Veronica offered me her home. I really needed that at that moment. I needed someone and she was there."

But it's her connection to Toscano that has given both women a renewed sense of family.

"I'm so glad I this of being a mentor, I have a little sister now, and family is such a big deal to me," said Toscano. "And she is just so wise. I wish I would have known her sooner."