STOCKTON (CBS SF) -- A Stockton firefighter was fatally wounded early Monday after being shot while fighting a dumpster fire in an industrial area near downtown, authorities said.

"This is the worst nightmare for a fire chief," Edwards told reporters at a Monday morning news conference.

The firefighter was part of a crew responding to a 911 call reporting a dumpster fire in the area of Aurora & Washington streets at 4:45 a.m.

"We found a dumpster fire impinging upon a structure," Edwards said. "As the firefighters were extinguishing the fire, shots were heard and the captain of Engine 2 had been struck."

Fortuna was rushed to the hospital but succumbed to his injuries. He is survived by a wife and two grown children.

"Max was a firefighter who showed up every day and never complained," he said. "He's going to be missed."

Stockton police said a 67-year-old man had been detained and a weapon recovered.

"When officers arrived they did locate a person who they believe is responsible for this shooting," Stockton police officer Joe Silva told CBS 13. "Right now he's down at the police station getting ready to be interviewed by our detectives."

Last week, Richmond firefighters were responding to a medical emergency when they were caught up in the crossfire of an apparent drive-by shooting.

"Luckily, none of the crew was struck by the gunfire, however the fire engine didn't fair so well as it was left with multiple bullet holes in the drivers side," firefighters posted on social media. 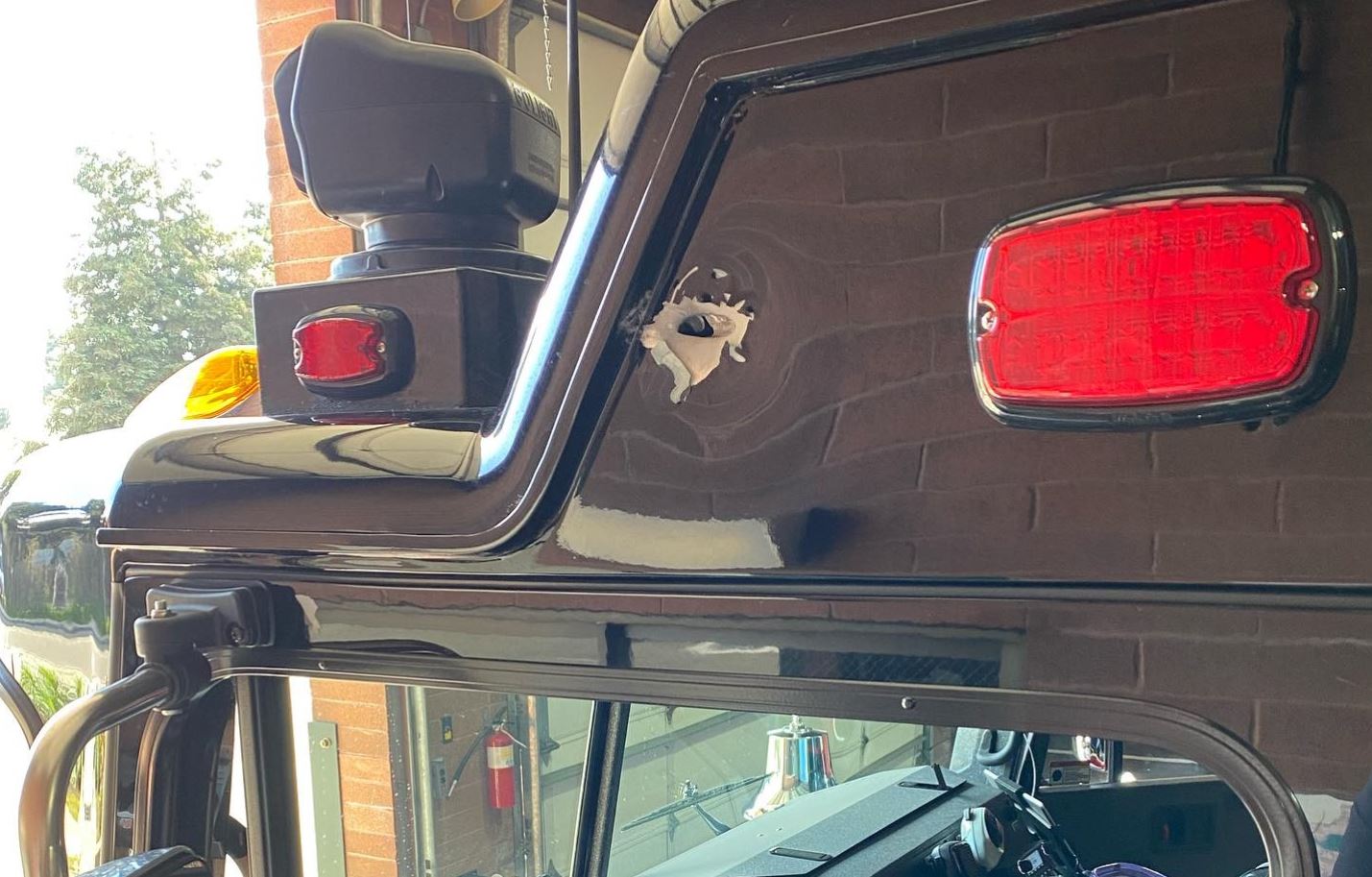 On Jan 21, Oakland police arrested a suspected gunman who fatally shot a victim and who also allegedly had fired at Oakland firefighters.

The shooting happened in the 1400 block of Center Street. Officers responded at 8:41 p.m. to a residence following a report of a person shot.

Investigators said the gunman confronted the victim, opened fire and killed him. Authorities don't believe the suspect and victim knew each other.

The fire department posted about the arrest on its social media accounts noting the suspect was also responsible for shooting at Oakland Fire Department employees and included a photo of the vehicle the employees were in that had been hit by gunfire.