SANTA ROSA (CBS SF) -- A two-alarm fireball roared through the garage of a Santa Rosa home early Friday, damaging the house and vehicles parked nearby before it was brought under control, authorities said.

The Santa Rosa Fire Department said it received multiple 911 calls of a structure fire at 2309 Sundance St. around 7:33 a.m. Responding firefighters could see a thick column of black smoke soaring into the sky as they neared the blaze and quickly called for additional aid. 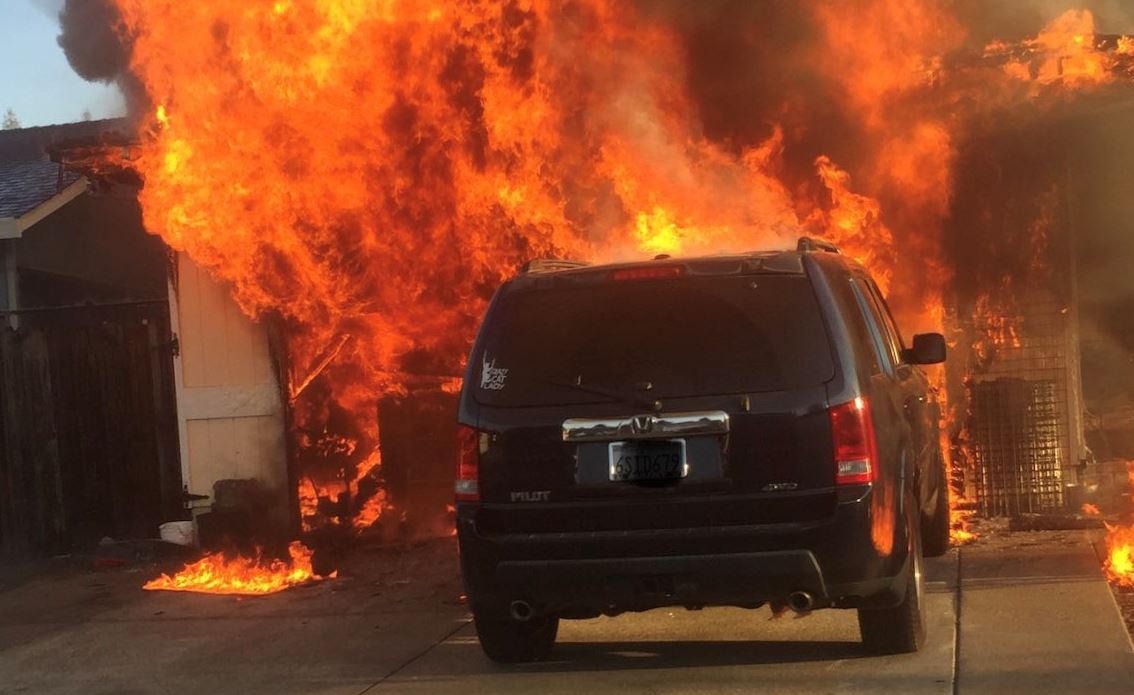 Once upon the scene, firefighters were confronted by massive flames roaring out of the garage with at least one vehicle in the driveway and front-yard shrubbery ablaze.

They quickly worked to keep the fire from spreading to nearby homes and tried to limit the damage to the house. Officials said the residents were awaken by smoke filling their home and able to safely escape.

The fire was brought under control in approximately 20 minutes. It's cause was under investigation, but firefighters said it appeared to be unintentional. Damage was estimated to be $200,000.