SOUTH SAN FRANCISCO (CBS SF) -- Officials with the California Water Service are warning residents in a South San Francisco neighborhood to avoid drinking tap water after they discovered a breach at a nearby storage tank Friday morning. 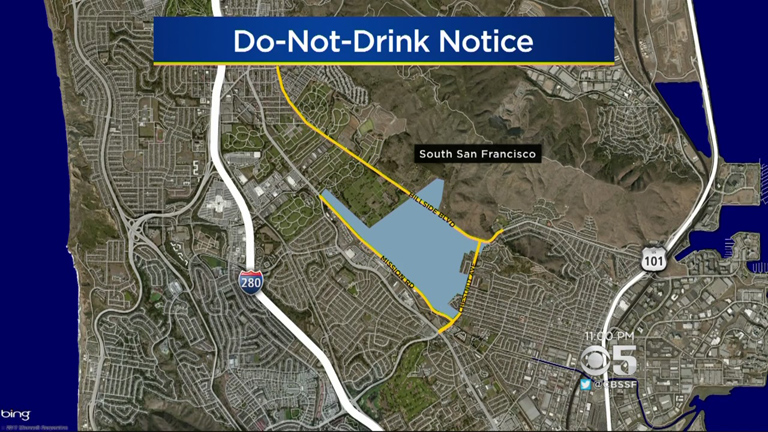 According to Colma police, the breach was discovered when police responded at about 10 a.m. to a report of a suspicious circumstance in the 2500 block of Hillside Boulevard, which is property owned by Cal Water.

At the property, police found that the outside of a Cal Water tank had been vandalized with spray paint, police said.

Cal Water officials tested the water and did not find any indication that the water's quality had been compromised. However, as a precaution, Cal Water is asking residents to avoid the water and instead to use bottled water for cooking and drinking.

The incident is under investigation by the state Division of Drinking Water and local law enforcement agencies.

Affected residents are advised to save their receipts for reimbursement by Cal Water. Residents can also pickup bottled water until Friday at 9 p.m., beginning again at 8 a.m. Saturday at 92 Chestnut Avenue in South San Francisco.

© Copyright 2017 by CBS San Francisco and Bay City News Service. All rights reserved. This material may not be published, broadcast, rewritten or redistributed