SAN FRANCISCO (CBS SF) -- The son of a former San Francisco 49ers CEO died early Sunday morning in a boat collision off Santa Catalina Island in Southern California, according to the U.S. Coast Guard and a Facebook post by the CEO.

A good Samaritan reported the collision between a dinghy and another boat about a quarter mile east of Casino Point at 1:21 a.m., a Coast Guard spokeswoman said.

Michael Harris, the son of former 49ers CEO Peter Harris, died in the collision. Harris was the president and CEO of the 49ers from 2000 to 2004, according to his LinkedIn profile.

"Today our family, the community and, yes, the world, lost a truly spectacular young man," Harris wrote Sunday afternoon on Facebook. "Our son Michael died this morning while living his life as he did everyday, with kindness, friendship, love of family, caring for others, having fun, being a friend, and as one of the really good guys. He was killed early this morning in a wasteful and tragic event while a passenger in a boat that was hit near Catalina." 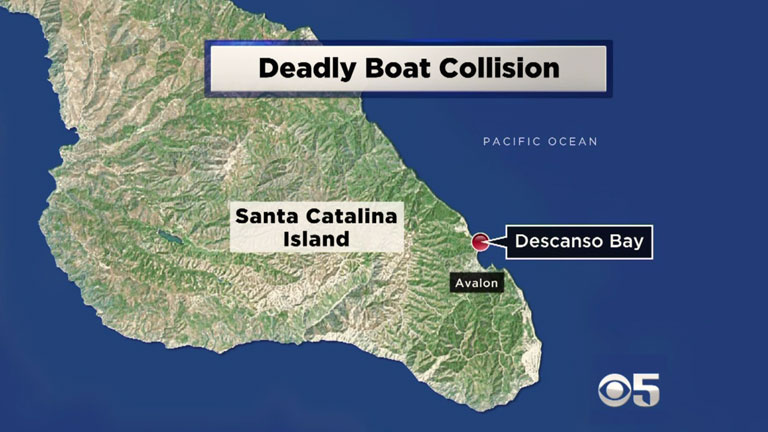 Three others were injured and one is still missing after the collision, Coast Guard spokeswoman Sondra-Kay Kneen said.

Two of the injured suffered minor injuries and a third suffered a head injury, Kneen said.

Los Angeles County firefighters took the three to the University of California at Los Angeles Medical Center for treatment, she said.

Rescuers searched for the missing boater until 7:19 p.m. when they suspended the search pending additional information, she said.

© Copyright 2015 by CBS San Francisco and Bay City News Service. All rights reserved. This material may not be published, broadcast, rewritten or redistributed.