SAN FRANCISCO (KPIX) -- San Francisco police are looking for a gunman who shot two people, killing one and injuring the other before getting away in a carjacked vehicle.

Officer Grace Gatpandan tells KPIX the shooting happened in Golden Gate Park's Panhandle near Oak and Shrader streets after a group got into an argument around 6:30 p.m. Friday.

One victim, a 28-year-old, was pronounced dead at the scene. The other was shot in the stomach and taken to the hospital with life-threatening injuries. 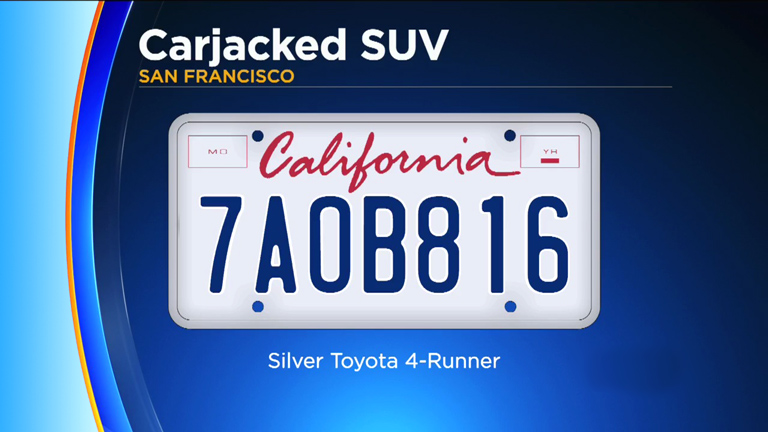 The suspect fled the scene on foot then carjacked a vehicle on Fell Street. Police are looking for a silver Toyota 4-Runner with California license plate: 7AOB816.

Police say the suspect is considered armed and dangerous.