The chase ended at the corner of 14th and D streets in Modesto, not far from the Department of Motor Vehicles, just before 2 a.m., where people were eating at the Tacos Vallarta taco truck on the corner.

The two victims, later identified as, Peter Gil, 31, and Melchor Leyva, 32, were struck by the suspect car before it crashed into a neighboring tire shop. 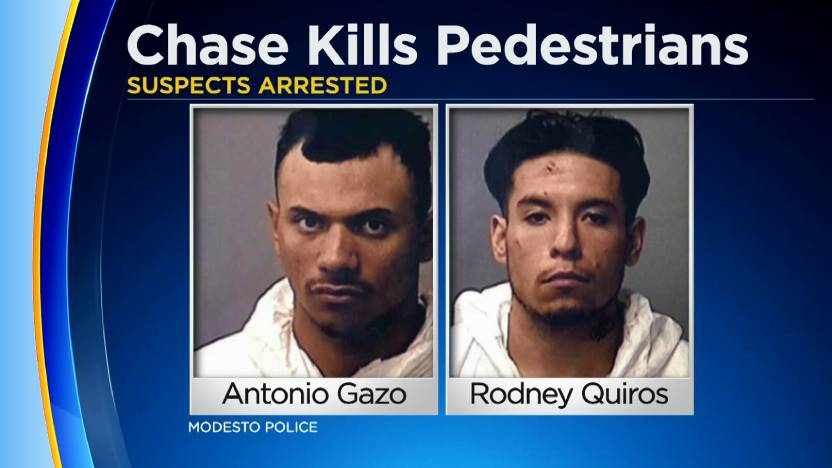 Police arrested two suspects at the scene and said they recovered two weapons. The suspects are Rodney Quiros, 24, of San Francisco and Antonio Gazo, 22, of Daly City. They were booked on multiple charges including homicide and attempted homicide.

They were driving a car reportedly stolen from Daly City.