SAN JOSE (KPIX 5) – With the help of a K-9 unit, San Jose police were able to capture a homicide suspect in the city's east side early Thursday morning, following an apparent standoff.

San Jose Police Sgt. Enrique Garcia said the suspect was captured shortly after 3 a.m. on the 2500 block of Vista Verde Drive. At one point, there were reports of tear gas in the air and officers were wearing gas masks. Authorities also used a bullhorn to communicate to someone inside a home. 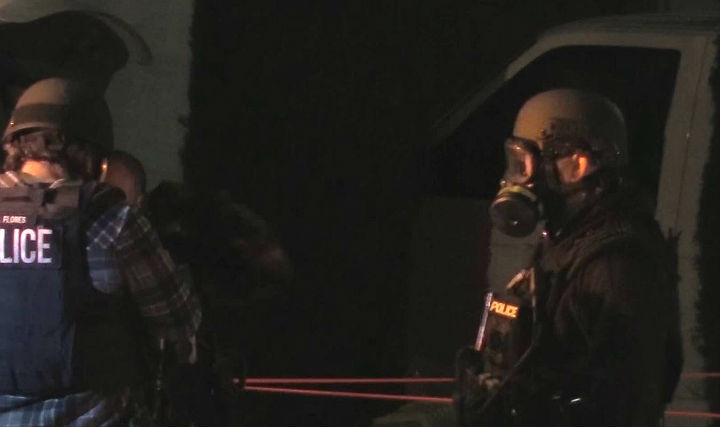 The suspect is being treated for non-life threatening injuries at a local hospital.

Police have not released the suspect's identity. Officers remained in the area early Thursday morning.