SAN FRANCISCO (CBS SF) -- The steady drop in San Francisco monthly rents triggered by the economic chaos triggered by COVID pandemic in mid-March continued in the month of September, according to a survey released Wednesday by apartmentlist.com.

The San Francisco-based online listing service said rents in San Francisco decreased by 5.2% month-over-month in September and are down by 17.8% since the start of the pandemic in March -- the fastest decline among the nation's 100 largest cities. 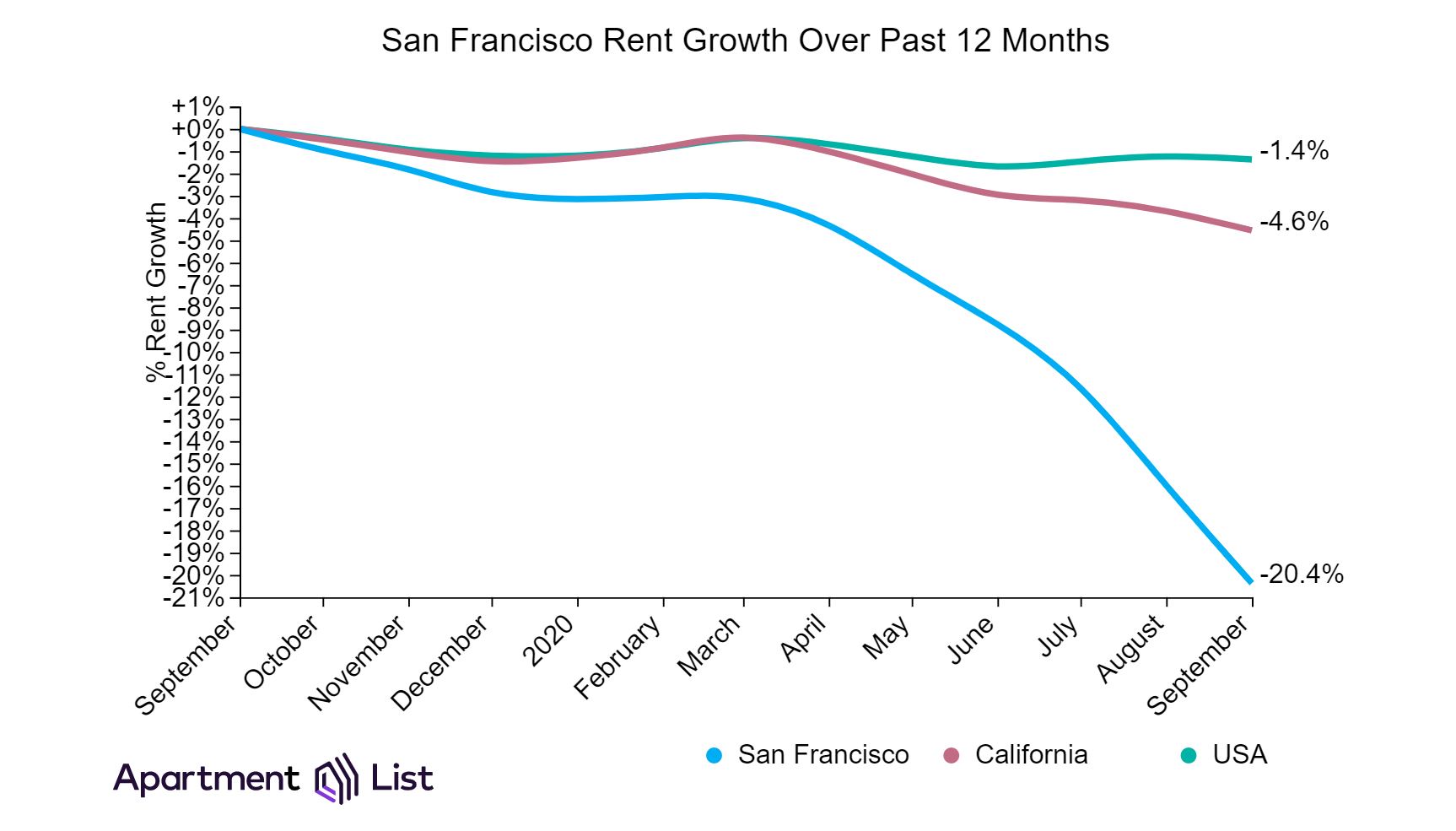 Median two-bedrooms were renting for a cost $2,592 while one-bedrooms were going for $2,240. It was a much different snapshot of the local market at the start of the year before the COVID outbreak triggered layoffs, furloughs and employees being forced to work from home.

With tech giants like Google and Twitter telling employees they would not be allowed to return to the office until some time in mid 2021 if ever, an exodus began from the once sizzling San Francisco rental market.

Moving vans have become a common sight on San Francisco streets. Among those who has left the city is William Hauser, who originally came to San Francisco to pursue his digital dreams.

Hauser talked with KPIX 5 in late August as he loaded a moving van ready to begin his exodus to his childhood hometown in Ohio.

"Honestly, I started being a software engineer, I got into computers, because it's convenient to be able to work remotely," he said. "Now that everyone has been working remote, and policies aren't cemented at least until next year, there's no reason to stay here when I could go back to family and work remotely there."

The steep drop in rents show that Hauser was not alone. Forced to work from home, workers have sought housing outside of San Francisco where they can get more living space as a more affordable price.

In apartmentlist.com's latest survey, Oakland had the least expensive rents in the San Francisco metro, with a two-bedroom median of $2,092; rents decreased 2.1% over the past month and 9.3% over the past year.

Meanwhile, San Mateo had the most expensive rents of the largest cities in the San Francisco metro, with a two-bedroom median of $3,007. Still those rents had fallen 3.7% over the past month and 11.9% over the past year.