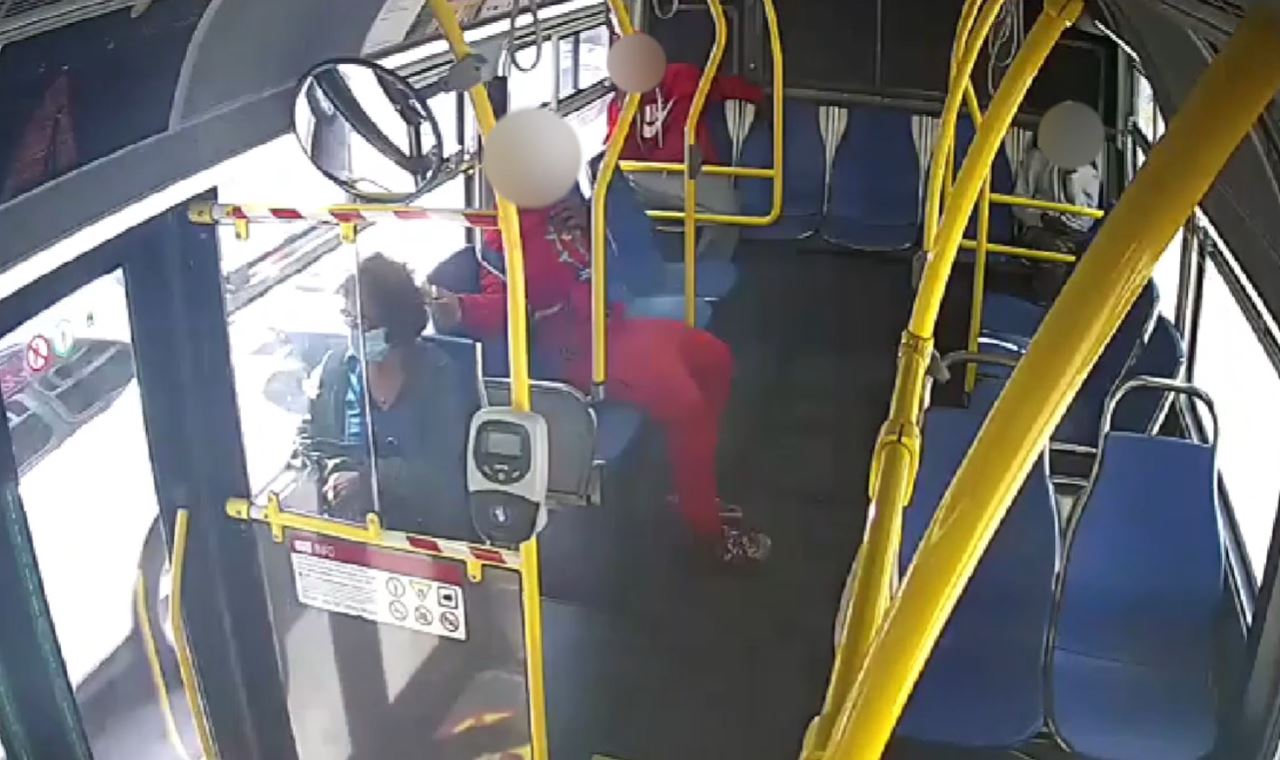 Other passengers assisted the victim who left the scene prior to police arrival. Investigators are asking the victim to come forward and provide a statement.

According to police, on Sunday, May 2, at approximately 2:25 p.m., officers from the Tenderloin Police Station responded to McAllister and Leavenworth Streets regarding an incident onboard a #5 Fulton Street bus.

Arriving officers met the bus operator who told them that a passenger's hair had been set on fire by an unidentified suspect.

Police said the suspect and two acquaintances -- who are persons of interest in the case -- exited the bus and were last seen fleeing eastbound on McAllister Street. Other passengers on the bus gave aid to the victim who left the scene prior to police arrival.

The victim was described as a female between 50 and 60 years of age with dark hair and eyeglasses. Police described the suspect as a black male in his teens who was last seen wearing a red long sleeve top with colored log on the front, matching red pants and a black backpack.

SFPD also tweeted a photo of the victim with the press release requesting the public's help.

The incident has been assigned to the SFPD Special Investigations Detail. Investigators were able to determine that both the victim and suspect boarded the coach at McAllister and Laguna Streets, about eight blocks west of where officers were called for the incident.

Police are hoping to find this victim so she can make an official statement and they can move forward in this aggravated assault case.

Crayton says she's strategic about where she sits on a Muni bus.

"I try my best to ride in the back, to where nobody's behind me and I'm seeing everything," she said. "And if I'm able to make a run out for it, I'm able to try to get out."

"You just don't feel safe in San Francisco as a pedestrian, as somebody who lives here," she said. "This just can't be happening, day in and day out, my parents are worried and I carry pepper spray."

This case is being investigated as a possible hate crime.

Investigators are trying to locate and identify the victim so she might come forward and provide a statement. Anyone with information regarding the incident is asked to call the SFPD 24-hour Tip Line at 1-415-575-4444 or Text a Tip to TIP411 and begin the text message with SFPD. Tipsters may remain anonymous.