SAN FRANCISCO (CBS SF) -- A San Francisco party promoter accused by City Attorney Dennis Herrera of organizing an illegal event amid the city's COVID-19 shelter-in-place order said Wednesday he canceled the event days ago and called the situation a misunderstanding.

In fact, the promoter claimed his ability to address the situation was hampered by his being confined to bed and sick after catching the coronavirus.

Herrera claimed the organizers were "attempting to profit off the coronavirus," and ordered the promoter to remove the party's listing on Eventbrite.com and notify everyone who bought tickets that the event has been canceled and refund them their money.

Read the letter from the San Francisco City Attorney

However, according to Set San Francisco owner Christian Pineiro, he moved to cancel the event more than a week ago. Since then, however, he has been bed-ridden after testing positive for COVID-19.

"No one is trying to do any type of events right now," Pineiro said. "This has been blown out of proportion."

According to Pineiro, he had previously agreed to cancel the event, along with the owners of 251 Cocktail Club. Following the decision to cancel, the owners deleted the Facebook event page made for the party.

Pineiro said after that, a glitch on Eventbrite.com kept him from accessing the party's event page so he could cancel it. Although he remains ill, he said he's already contacted Eventbrite to remove the listing and to refund money for those who had purchased tickets.

While the Eventbrite listing was available as of Wednesday morning, the page has since been deleted.

"We have removed this event from our platform," said a statement posted to the Eventbrite Twitter account. "The health and safety of our community is our focus and we advise everyone to follow all government-issued practices."

Additionally, a statement on the venue's website said, "Like most other bars in California, we are currently closed and waiting out the COVID-19 pandemic. We hope to re-open as soon as we are given the okay by state and local authorities."

Despite the club owner's claims, the club night was still listed as an upcoming event on the event listings page of the venue's website. However, the event page itself could not be accessed. 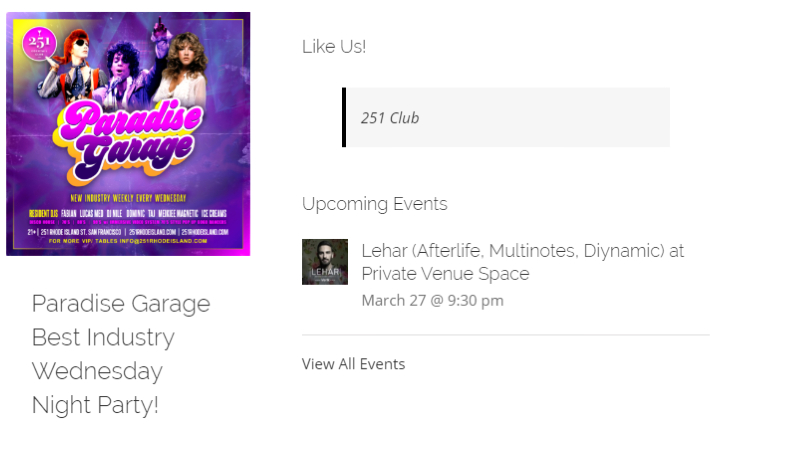 Haynes seemed dumbfounded as to why Herrera admonished his club and Set San Francisco Wednesday, when Haynes said he spent a considerable amount of time on Tuesday speaking with a San Francisco police officer, assuring them that event was not taking place.

"This is not good for our business," Haynes said. "They're making us look really bad."

After an inquiry with the San Francisco City Attorney's Office, a representative noted that the event was still posted on two separate websites and tickets were available for purchase after police contacted the venue and the office delivered a letter to the property owner. It wasn't until after the City Attorney issued the press release that the online event listing was taken down.

"We're pleased this event is now cancelled and tickets are no longer being marketed or sold," said John Cote with the SF City Attorney's Office. "We will continue to monitor the property to confirm that the event will not take place. We are in the midst of a pandemic, and everyone needs to follow the directives of public health officials."