San Francisco park officials have teamed up with healthcare providers to encourage them to prescribe their patients a good dose of mother nature to treat everything from chronic, and mental illness, to diabetes and weight loss.

San Francisco-based doctor Daphne Miller says she's been prescribing parks for her patients for years. No pharmacy is necessary -- just nature and an open mind.

The move to promote parks over pills in The City is part of the Healthy Parks, Healthy People initiative, spearheaded by the Golden Gate National Recreation Area, and launched in 2012. The program is modeled after a similar program in Australia and there are initiatives like it sprouting up in New Jersey, Washington D.C., and other urban centers across the country.

The program explores natural alternatives to medicine and promotes the benefits of open space. GGNRA spokesman Howard Levitt told the San Francisco Examiner, "When people understand that time in parks ... can actually improve your health, parks become even more important."

Dozens of health care and park workers have attended training seminars to better understand the connection between nature and a person's physical, psychological and social well-being.

Using nature, or so-called 'ecotherapy' to treat patients is not new. Researchers at the University of Essex found that 9 out of 10 patient suffering from depression felt "higher self-esteem after a walk through a park." Almost three-quarters felt less depressed. They found exposure to nature even helped people recover from pre-existing illnesses and had an 'immunizing' effect by protecting them from future stresses. A study published in the journal Environment and Behavior, found children who had been diagnosed with an attention deficit disorder functioned better after a "green" activity that took place in a natural setting. Ecotherapy practitioners have been using the outdoors, animals, horticultural therapy and wilderness experiences to help their clients re-establish the mind-body connection and attain a higher state of well-being.

Scientists at the American Institute of Biological Sciences have even done studies on how exactly to define a "nature dose," and devise recommended daily allowances similar to the RDAs that already exist for vitamins, minerals and foods. 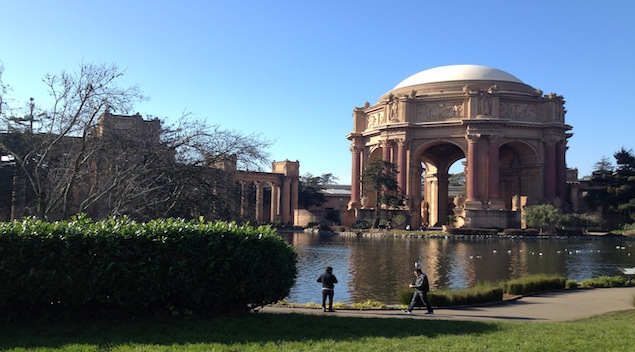 Dr. Miller's nature doses are pretty specific. In her prescriptions, she names the park, the amount of time, an activity like walking or running, certain days of the week, even the time.

She told the San Francisco Examiner, "The more specific you can get in the prescription, the more likely it is to be done."