"We learned that two individuals who attended RSA Conference 2020 have recently tested positive for COVID-19," the conference said in a statement posted Tuesday. "Currently, there is not a known direct link or official governing body communicating back to RSA Conference that these individuals had symptoms at Conference or attended during the incubation period."

One of the attendees who tested positive is reportedly a software engineer from Connecticut who has been hospitalized. 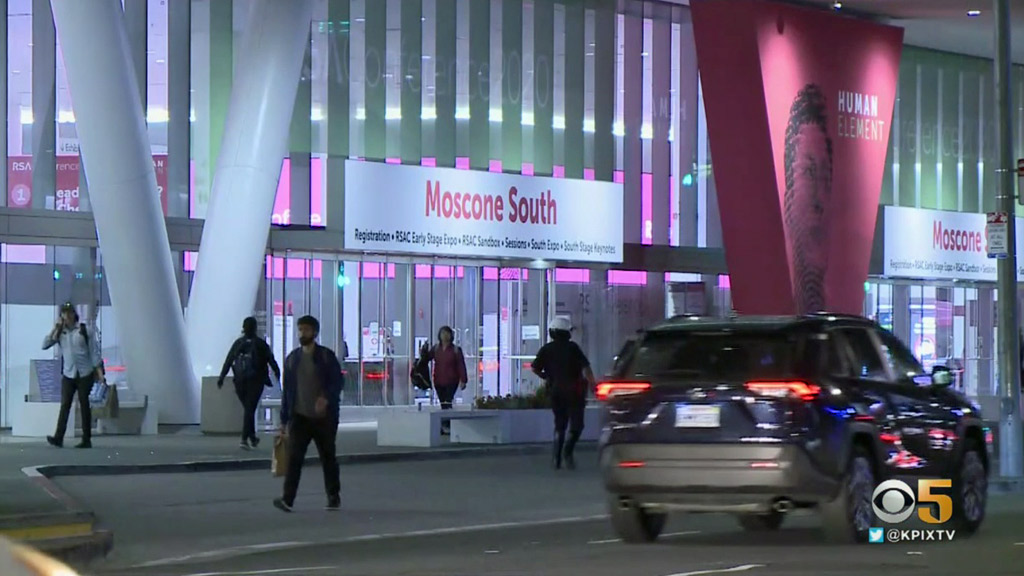 According to Bloomberg News, the 45-year-old began to experience symptoms after returning home on February 28th. His wife said the engineer's condition deteriorated, was hospitalized on March 6th and doctors placed him into a medically-induced coma.

The man is in "guarded condition" Bloomberg reported Tuesday. He was predisposed for pneumonia due to an underlying heart condition, his wife said.

As of Tuesday, at least two cases of coronavirus have been reported in Connecticut, according to Hartford CBS affiliate WFSB.

The RSA Conference took place at the Moscone Center from February 24-28, even as more than a dozen tech companies pulled out of the conference amid concerns about the virus. Organizers said about 36,000 people attended.

Several Bay Area tech conferences have been canceled or have become online-only events as a result of the growing outbreak, including the Google Cloud Next conference scheduled for Moscone Center in April, the Google I/O conference at Shoreline Amphitheatre in May, and the Facebook F8 conference at the San Jose Convention Center in June.