BENICIA (CBS SF) -- A shelter-in-place order for two Benicia elementary schools has been lifted this afternoon after air quality monitors gave the all-clear following flaring at the Valero Refinery.

At about 6:40 a.m., the refinery lost power for about 18 minutes, which resulted in flaring and the release of large plumes of smoke, according to a PG&E spokeswoman.

PG&E crews are still investigating the cause of the outage but it appears to have happened during routine switching of an electrical transmission system, according to PG&E spokeswoman Deanna Contreras.

"We do have a cogeneration (power) plant, but it's not sufficient to supply 100 percent of the power to the refinery," said Don Cuffel, the refinery's director of health, safety, environmental, community and government affairs at a news conference today.

Cuffel said Valero is still waiting to hear from PG&E about what caused the power outage.

The flaring resulted in an evacuation order for the Benicia Industrial Park and a shelter-in-place order for students at the Robert Semple and Matthew Turner elementary schools Friday morning.

The shelter-in-place order was lifted at about 1:20 p.m. but the evacuation order is still in effect for the industrial park, according to city officials.

The Benicia Unified School District told parents Friday morning that if they chose to keep their children at home, they wouldn't be marked absent.

Crews with the Bay Area Air Quality Management District were at the refinery monitoring the flaring, according to district spokesman Tom Flannigan.

"When this happens the refineries are required to notify the air district, which they did, then they are required to monitor the volume and combustion of gases that are burned in the flares," Flannigan said. "They are accountable for what they're flaring."

The flaring, which produces dramatic flames and black smoke from large smokestacks inside the refinery, is a safety measure designed to burn off pollutants during an incident like a power failure at the facility, Flannigan said.

"It doesn't happen that often, but we understand that for the people in Benicia that when it happens, it's alarming," Flannigan said. 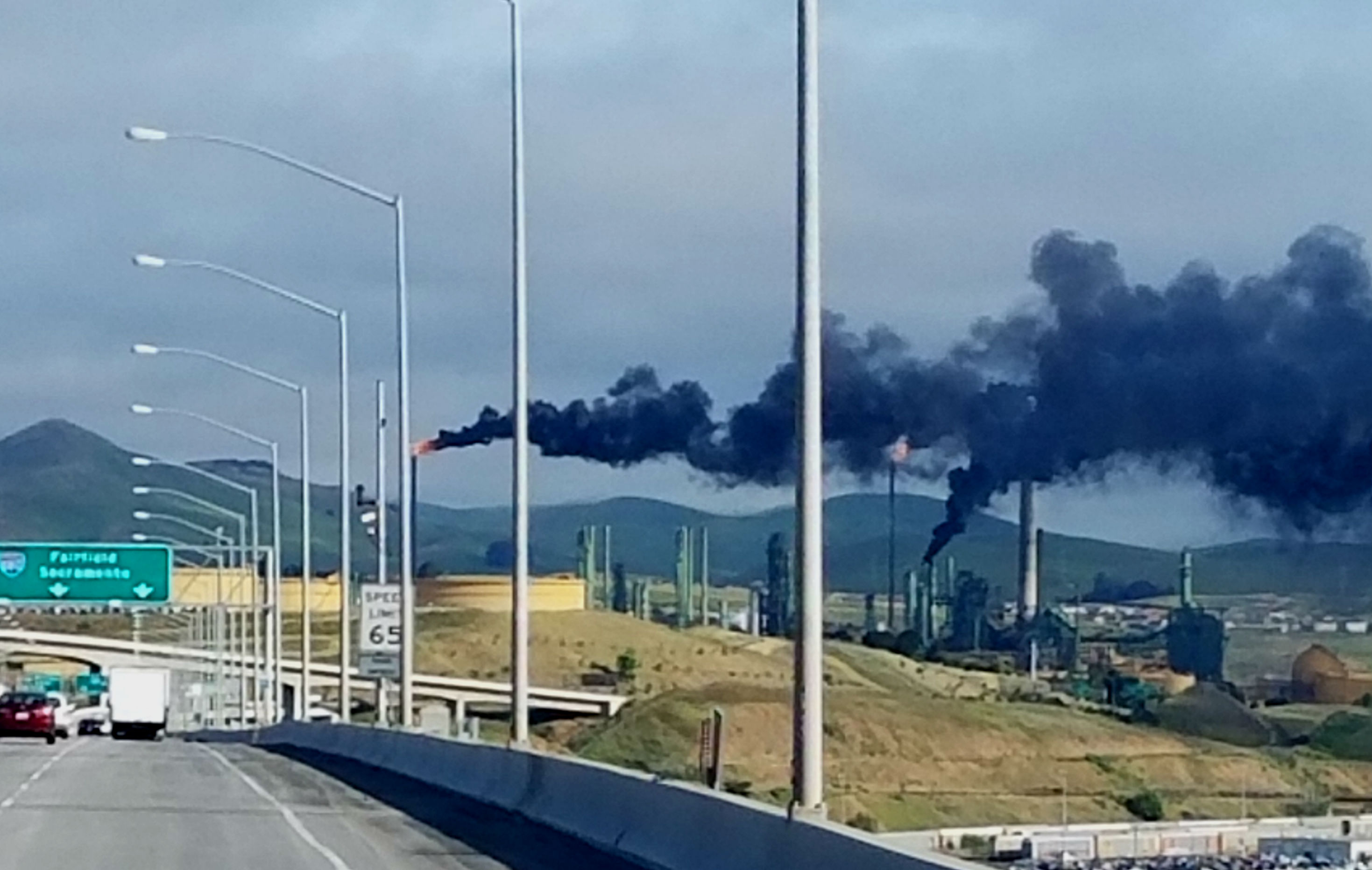 The winds in the area this morning were blowing at about 21 miles per hour from roughly west to east and "there is no reason to believe that residents outside of Benicia are in danger," Benicia police said in a written statement.

Additionally, the U.S. Environmental Protection Agency was on hand with air monitors at the schools and the industrial park and is working with state, local and regional officials in order to monitor and assess the situation, according to Steve Calanog, an on-scene coordinator with the U.S. EPA.

The winds Friday morning in the area were blowing at about 21 miles per hour from roughly west to east and "there is no reason to believe that residents outside of Benicia are in danger," Benicia police said in a written statement.