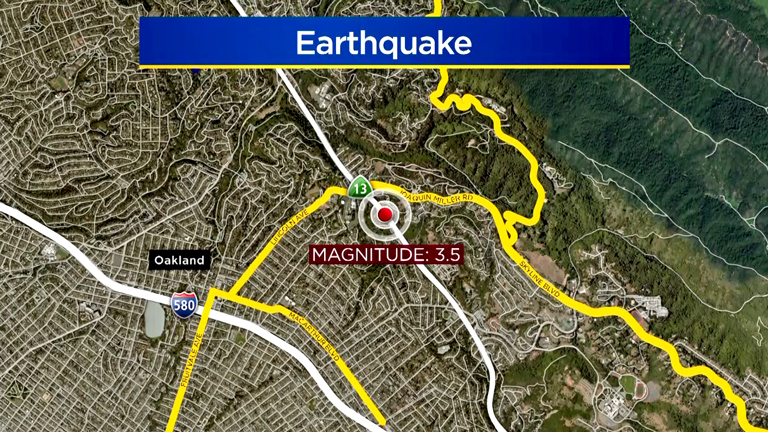 BART officials reported that all trains in the system were stopped for 10 minutes due to a "seismic event" while crews inspected tracks for damage.

"I was cooking at the stove and I suddenly felt the whole house, like, pull behind me," Oakland resident Christy White told KPIX.

The quake struck along the Hayward Fault and was felt as far away as Petaluma. There were no reports of damage or injury and even many residents near the epicenter said the temblor was no great shakes.

"I was just serving the kids at the kitchen table. It started shaking, and, I don't know, it seemed really mild to me and I said, 'that was an earthquake!'" said Lauren Addicott, who lives near the fault zone.

According to a recent report by the U.S. Geological Survey, the Hayward Fault presents the biggest earthquake danger in the Bay Area.

© Copyright 2018 CBS Broadcasting Inc. All Rights Reserved. The Associated Press and Bay City News contributed to this report. This material may not be published, broadcast, rewritten or redistributed