San Jose police said Antonio Bolanos was being held in connection which claimed the life of Tom Fawcett of San Jose.

Bolanos was transported to a local hospital with non-life-threatening injuries believed to be sustained during the fatal collision. He will be booked into Santa Clara County Jail for felony hit-and-run and manslaughter after he is medically cleared from the hospital. 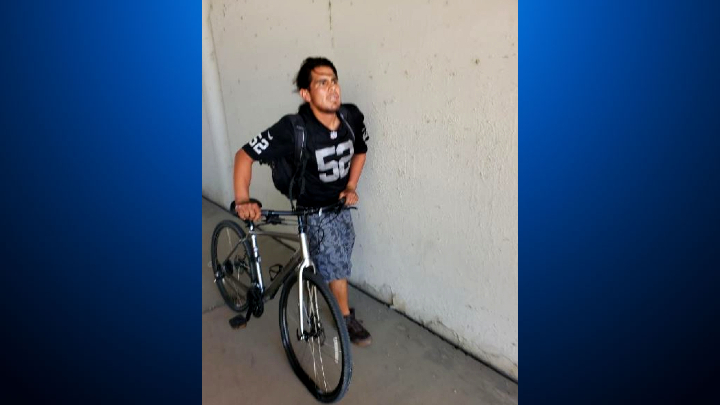 According to police, the incident took place at about 4:56 p.m. on the Guadalupe River Trail, directly under the Tasman bridge. Fawcett and his companion were were traveling in a northbound direction on the popular cycling trail when the suspect allegedly slammed into them head-on.

The suspect fled the scene immediately after the collision.

Fawcett and his companion were transported to a local hospital where he died a short time later. The woman was hospitalized with non-life threatening injuries.

This was San Jose's 22nd traffic fatality and the 2nd trail bike fatality of 2020.

Anyone with information is asked to contact Detective Mike O'Brien of the San Jose Police Department's Traffic Investigations Unit at (408) 277-4654. Persons wishing to remain anonymous may call Crime Stoppers at 408-947-STOP (7867). Persons providing information leading to the arrest and conviction of the suspect may be eligible for a cash reward from the Silicon Valley Crime Stoppers.