OAKLAND (CBS SF) -- There has been a spike in gunfire on the streets of Oakland since March with more than 180 assaults with a gun in the city within the first six months of 2020, according to the Oakland Police Department.

On Monday, Oakland police released a video pleading for the public's helo in stemming this rising tide of gun violence. According to their statistics, a stunning 86 percent of gunfire incidents go unreported by the public.

According to the numbers released Monday, there were 19 assaults with guns reported in the city in March, that jumped to 32 in April, then 39 in May and 42 in June.

During that time span, tough shelter in place orders because of the COVID-19 outbreak have been in place in Oakland.

The aid in response to gunfire, several years ago Oakland deployed dozens of audio-detecting devices known as ShotSpotter across a 16-mile swath of the city. 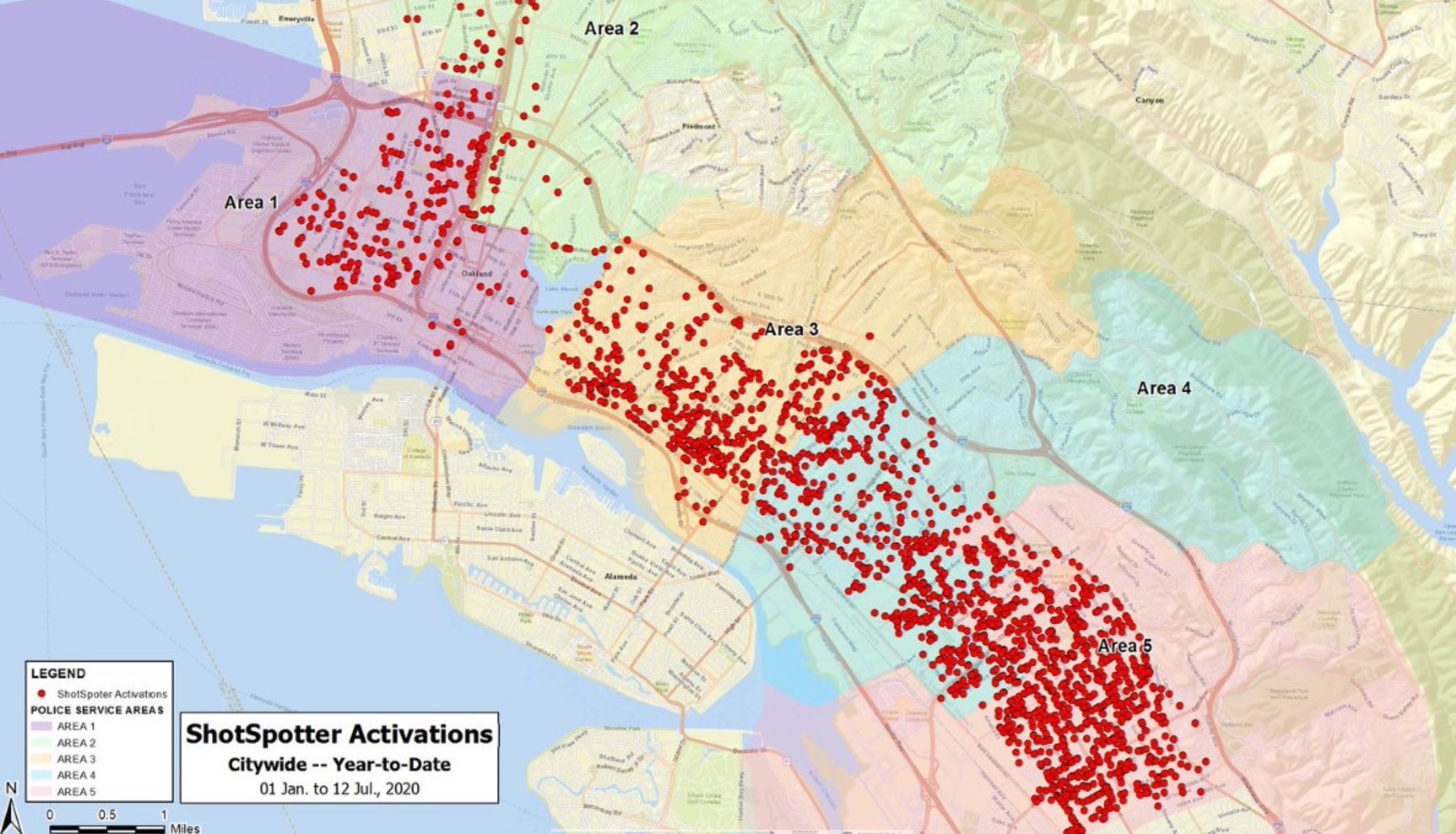 Within 30 seconds after detecting the sound of gunfire, the technology sends an alert and a location to Oakland police.

So far this year, there are more than 2,600 ShotSpotter activations in Oakland. A 24% increase over the same time last year.

In 2019, there were more than 10 gunfire incidents on an average day in Oakland, with more than 50 shots fired recorded by ShotSpotter.

"We ask our community to partner with the department and the city to reduce violence by helping to provide information," police said in the Youtube press releass. "If you know something, say something."

If you were a witness or have information regarding a crime, you can remain anonymous by calling Crime Stoppers of Oakland TIP LINE (510) 777-8572.