PLEASANTON (CBS SF) --People shut in their homes in Pleasanton were jolted by the sounds of honking horns and shouts reverberating through their streets Wednesday, coming from a rolling parade of teachers saluting their students and families amid the coronavirus sheltering in place.

The parade was organized by teachers at Donlon Elementary School in Pleasanton on Wednesday. Led by members of the Pleasanton Police Department, the Donlon teachers rode in a caravan of vehicles throughout the neighborhoods served by the school, bringing smiles to the faces of those who were roused out of their homes.

Many of the teachers' cars had messages written on them, telling the students that they were missed. Excited school kids returned the sentiments with smiles, waves and thumbs ups.

"Such a bright day for all of us!" said Donlon staffer Becky Simons. "It was such a treat to see all the smiles in our community, young and old."

The gesture was well-received even by those whose Donlon days were far behind them.

"It was awesome that these teachers decided to take time out of their day to bring some happiness to their students and families," said Lucia Castañeda, a former Donlon student.  "It made me emotional seeing all my elementary school teachers after all these years, having them recognize me. It really made my week so far despite all the craziness going on."

The parade came on the day that Gov. Gavin Newsom acknowledged that it was likely that the state's schools would remain closed for the school year. Despite the news it was evident the parade accomplished its intended effect; to uplift the spirits of the students and their families as they continue their distance learning. 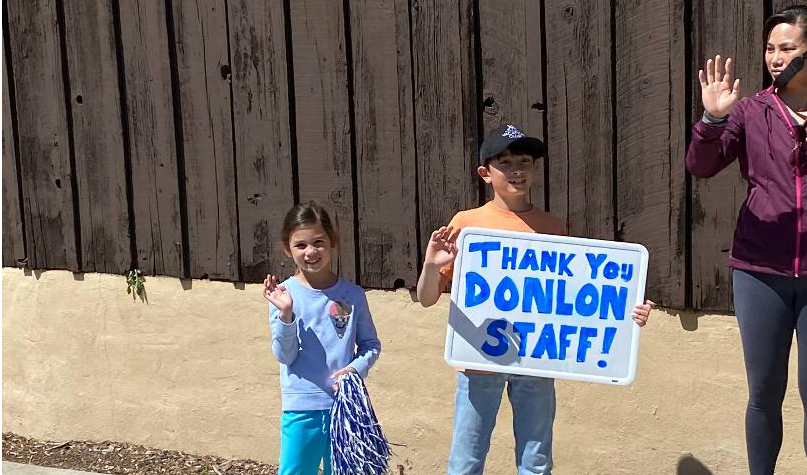 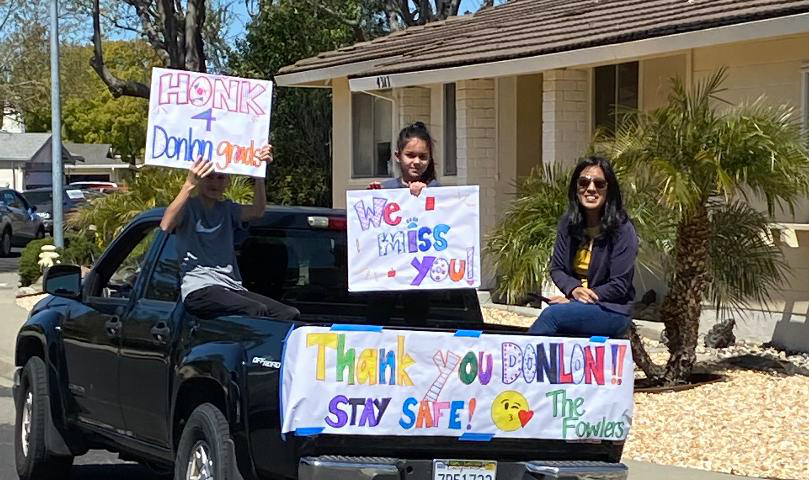 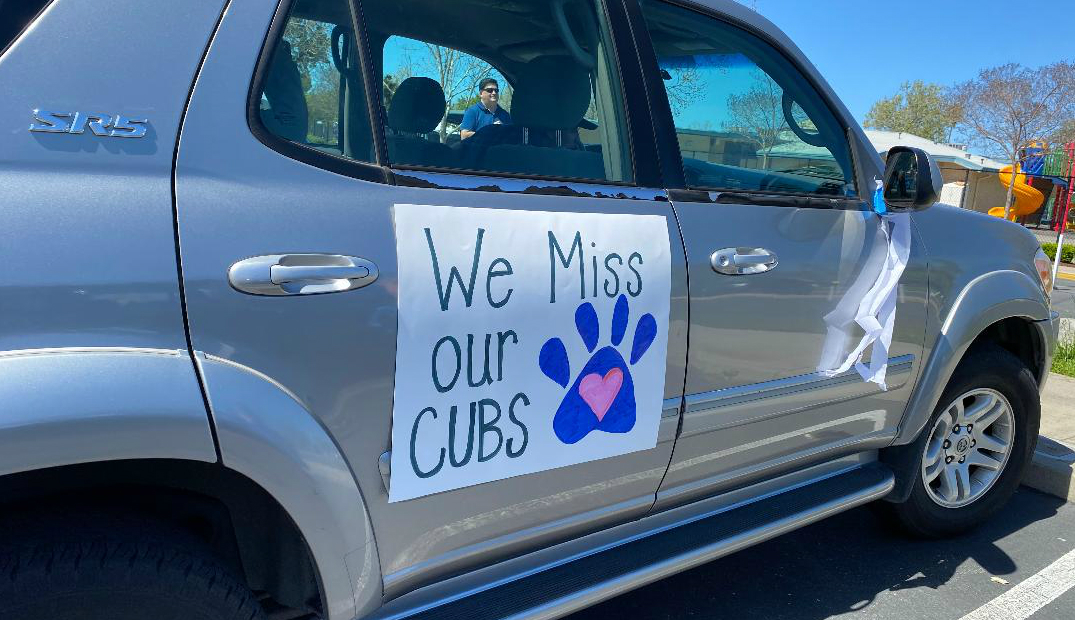 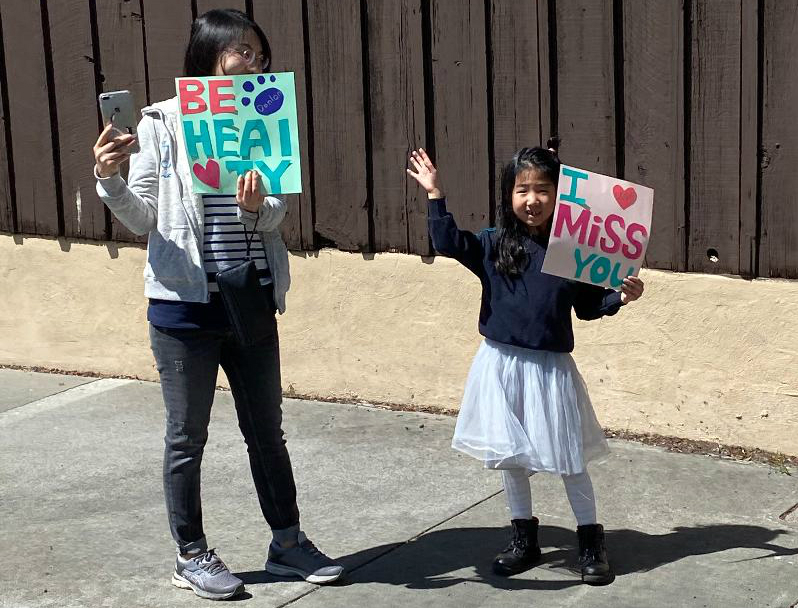