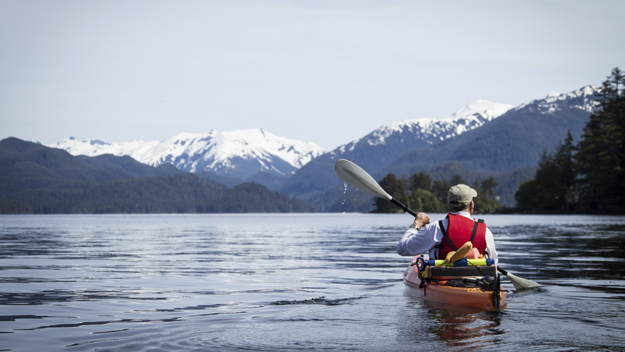 Are you thinking of taking the trip of a lifetime to Alaska? Take the hassle out of figuring out what to do, where to stay and where to eat by reviewing the tips from this quick guide to help you plan your Alaskan vacation.

Alaska has three major airports in Anchorage, Fairbanks and Juneau. The largest airport and primary point of entry to Alaska is Ted Stevens Anchorage International Airport, serving five million passengers annually. Forty-two carriers operate domestic and international travel from Anchorage and serve 23 passenger destinations. Cities with year-round stops to Anchorage include Chicago, Denver, Los Angeles, Portland and Seattle, which is the only American city that provides non-stop flights to all three primary Alaskan airports. Alaska Airlines and Delta provide the majority of domestic flights into Anchorage. Passengers arriving at any of the three major airports have several ground transportation options, including airport shuttle services, taxis, rental cars and public transportation. Flying is the most inexpensive way to reach Alaska. 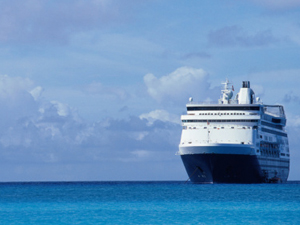 Several cruise ship operators provide service to Alaska, including Princess Cruises, Celebrity and Disney. Popular departure cities to Alaska include San Francisco, Seattle and Vancouver, with typical arrivals in Ketchikan, Juneau and Skagway. Due to cold Alaskan winters, cruises only operate between late April and early October, with the high season from June to August and the low season in May and September.

Ferry service from the Alaska Marine Highway System is available from Bellingham, Washington to several ports of call in Alaska. Because of the length of the trip, travelers can choose to stay in cabins, some with restrooms and a food and services area available on board. The ferry service also transports a variety of vehicles, including personal vehicles, tour buses, vans and RVs.

The easiest way to get around Alaska is with a personal vehicle or car rental. Public transit service is also available in many cities, including Anchorage, Barrow, Fairbanks, Juneau, Ketchikan and Sitka. Travelers can also ride onboard the Alaska Railroad, with primary service between Seward and Fairbanks. The rail service makes notable stops along the way, including Anchorage, Talkeetna and Denali.

Where to Stay
Here are some recommended places to stay in Anchorage, Fairbanks and Juneau.
Anchorage

Where to Eat
Here are some recommended places for food, from cheap eats to upscale dining.

One of Alaska's top museums, the Alaska State Museum, is temporarily closed until May 2016. But Alaska has many other top attractions to enjoy, including a chance to see the aurora borealis and the largest peak in North America.

Covering more than six million acres, Denali National Park is home to Mount McKinley, the highest peak in North America. During the summer months, visitors can enjoy a paid shuttle bus ride through the Alaska Range to enjoy the many spectacular vistas. Families with children may enjoy watching a demonstration of a ranger and a dog sled team.

Located in the Alaskan panhandle west of Juneau, this national park encompasses Glacier Bay, the UNESCO protected biosphere in the world. Featuring incredible vistas of snowcapped mountains, tidewater glaciers and diverse plant life, the park covers 3.3 million acres. One of the best activities to enjoy is a boat tour of the Glacier Bay.

Known around the world for its dog sled race, the 2,300-mile Iditarod National Historic Trail is the oldest in America's National Trail system. Held annually, the Iditarod Trail Sled Dog Race covers a distance of about 975 miles between Anchorage and Nome and each team consists of a musher and 16 dogs. The trail is primarily used as a winter trail and during the summer months, the Bureau of Land Management says hiking opportunities are limited.

Extending 500 miles from near the Canadian border to Skagway, the Inside Passage is a shipping route that's also popular for cruise liners, kayakers and canoeing. More than 1,000 islands are along the route punctuated by breathtaking fjords amid towering tidewater glaciers. Points of interest include Bear Glacier, Castle Hill, Glacier Bay, the Governor's Mansion and the Alaska State Capital building.

Located in at the base of the Alaskan peninsula, Katmai National Park is one of the world's top destinations to view brown bears. Other popular outdoor activities in the four million-acre preserve include fishing, boating and sightseeing. To reach Katmai, visitors must either take an air taxi or boat from a commercial use operator.

The Kenai Peninsula is home to at least 38 towering glaciers and is Alaska's most popular sightseeing cruise. Cruises are offered from mid-May to late September and depart from Seward, 125 miles south of Anchorage.

The Mendenhall Glacier is one of the most prominent glaciers in Alaska, stretching 12 miles long. Located 12 miles from downtown Juneau, the mountain glacier is part of the Tongass National Forest, America's largest national forest.

Alaska is one of the best places on Earth to enjoy breathtaking views of the northern lights. Also known as aurora borealis, a natural phenomenon created by gaseous particles in the Earth's atmosphere, the northern lights occur year round but is best viewed during the winter months.

University of Alaska Museum of the North
www.uaf.edu

Housed on the University of Alaska campus in Fairbanks, the Museum of the North is the only research and teaching museum in the 49th state. The museum's collection holds 1.4 million artifacts and specimens that are organized into 10 disciplines, including earth sciences, archeology, fine arts and history. Top attractions include ancient Alaskan art, the largest collection of gold in Alaska and a 36,000-year-old mummified bison.

Related: How To Protect Your Valuables While Traveling
Randy Yagi is a freelance writer covering all things San Francisco. In 2012, he was awarded a Media Fellowship from Stanford University. His work can be found on Examiner.com Examiner.com.