The annual fan-voted ceremony, airing live on CBS, kicked off with "Two Broke Girls" stars Kat Dennings and Beth Behrs as co-hosts. They noted that more than 7 million votes were cast and the nominees range from Oprah Winfrey to "Sharknado."

"I know this looks like I spent lonely Friday nights just voting for myself, but I didn't," she joked when accepting the favorite movie actress award. "An actor can't do what they do without hundreds of amazing people working for them, with them, alongside them." She went on to thank her "The Heat" co-star, Melissa McCarthy, the crew of her hit space film "Gravity" and her son, Louis.

Fans deemed DeGeneres their favorite daytime TV host, making her the woman with the most People's Choice honors -- a total of 14 trophies. 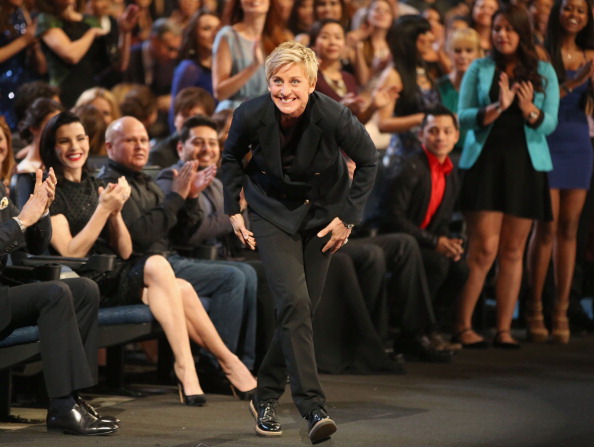 "As a young girl growing up in New Orleans, if anyone would have told me I was going to win 14 People's Choice Awards, I ... I mean 12, yes. Thirteen? Maybe. But 14?" joked DeGeneres, who said she wanted to make "The Ellen DeGeneres Show" the show for everyone -- old, young, black, white, gay or straight.

"As a matter of fact, just yesterday I was talking to this lovely African-American woman and she told me she was single and she works 80 hours a week to get by and she looked forward to coming home every night and watching me, and that woman's name is Oprah Winfrey. I think I am doing something right." 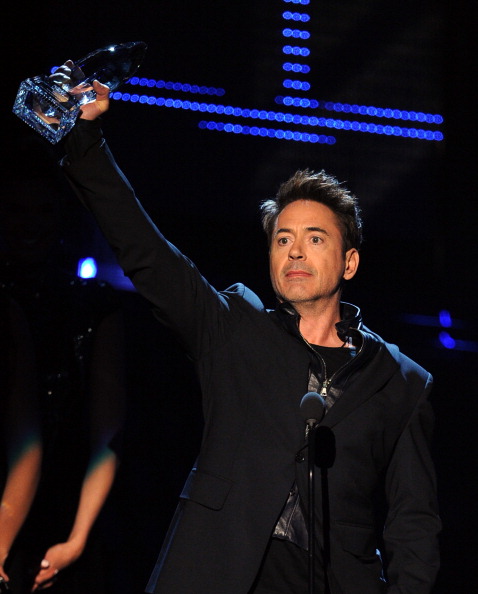 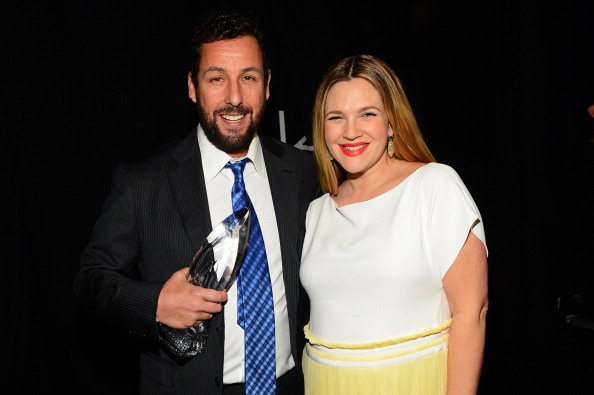 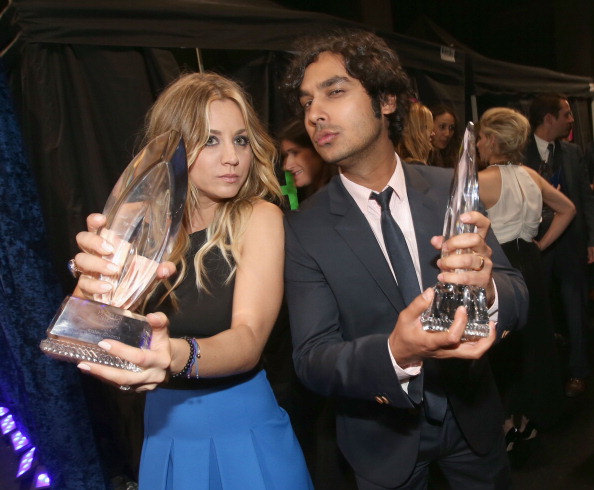 "The Big Bang Theory" was named favorite network TV comedy, while star (and newlywed) Kaley Cuoco won for favorite comedic TV actress. "This is the second best thing that's happened to me all year. The first thing was marrying you, baby!" she told husband Ryan Sweeting.

Hosts Dennings and Behrs, who play waitresses on "Two Broke Girls," got a little help from fellow actors Somerhalder, Sarah Michelle Gellar, Arsenio Hall, Ian Ziering, Kaley Cuoco and singer/"The Voice" judge Christina Aguilera as they took the orders of some of the nominees for an introductory skit.

"She's the Hathaway, I'm the Franco," Dennings joked, referencing the acting duo who hosted the Academy Awards in 2011. 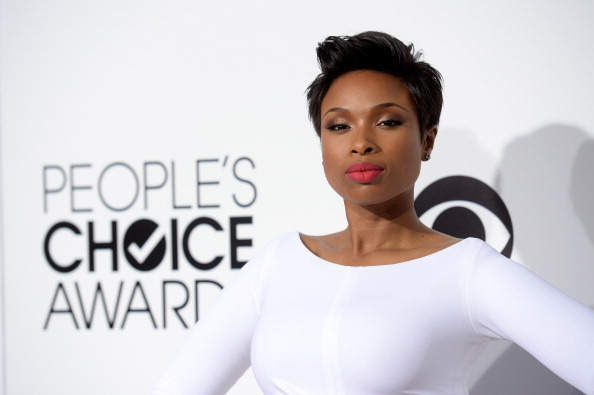 Brad Paisley, Sara Bareilles and OneRepublic all performed during the live telecast. Jennifer Hudson also received the favorite humanitarian award for her work with children. LL Cool J, who presented the award, called Hudson an "incredibly gifted artist" who "turned a family tragedy into a triumph for children in need."