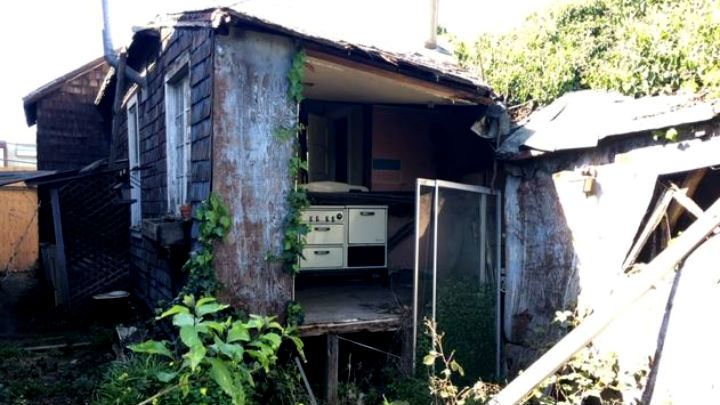 The city declared the abandoned 640-square foot cottage, located at 863 Carolina Street, unsafe to enter. It has been uninhabited for months.

After a lengthy research process, the current owners learned building is not one of the earthquake shacks built as temporary housing units after the 1906 San Francisco earthquake and fires, and therefore of no historic value and can be demolished, according to Laury.

There are pre-approved plans to build a 4,451 luxury multi-unit building with 360-degree sweeping views on the site.