OAKLAND (CBS SF) -- As the search continued Wednesday morning for the gunmen who riddled a party bus filled with birthday party celebrants with bullets, a family in Modesto wrestled with the loss of 16-year-old Zoey Hughes.

Hughes and a young woman from Stockton were killed and five others were being treated for gunshot wounds at Oakland's Highland Hospital after a hail of gunfire from another vehicle tragically ended a 21st birthday celebration early Tuesday morning.

A man who identified himself as the father of the 21-year-old celebrating her birthday said his daughter was shot in the leg, but is in stable condition. CBS 13 reports one of the victims is in critical condition.

Zoey's mother, Christina, was trying to make sense of it all.

"We are just like, why? Why chase someone down on a freeway and shoot them continuously? What's the point," he said. "They took a piece of my heart."

While not disclosing any possible motive, California Highway Patrol officers said the gunmen targeted the bus and were not a continuing threat to the community.

"There was somebody on the bus that they were shooting at that they wanted to get and they couldn't get them so they shot everybody," he said.

The Alameda County Sheriff's Office said one shooting victim died at the scene and a second died at Highland Hospital.

"Party buses are typically safe. And somebody came and targeted the bus, two shooters it appears," said Armstrong. "They came here with a specific purpose. And the weapons they were using clearly were designed to cause significant injury to people and even kill people."

Authorities said the shooting took place at 12:19 a.m. on Interstate 580 at Seminary Avenue, west of the Highway 13 junction. The bus was reportedly returning to Oakland from San Francisco when the initial shooting occurred.

Oakland Police confirmed that there was a second crime scene being investigated at 67th and Foothill Boulevard where the gunman in the pursuing vehicle opened fire again.

The bus driver, who was apparently not injured, raced from the scene, seeking safe shelter and medical help at the Oakland police substation located at the former Eastmont mall.

"So the fact that he was able to keep his wits about him I, I applaud him," said Oakland resident Joseph Stegner.

When asked what would have happened if he hadn't gone to the police station, Oakland resident Maria Brown said, "Lord knows. Lord knows I pray for the families of everybody that was killed, and those that were not killed. I just pray to God to bring them through. Just having a little party and somebody kills somebody and shoot up the bus like that? I just pray to God that they find a killer."

The bus stood parked Monday morning in the police lot. At least 24 bullets holes were visible on its rear door. Another 12 or so were along its side and the windows shot out bearing witness to the ferocity of the attack. 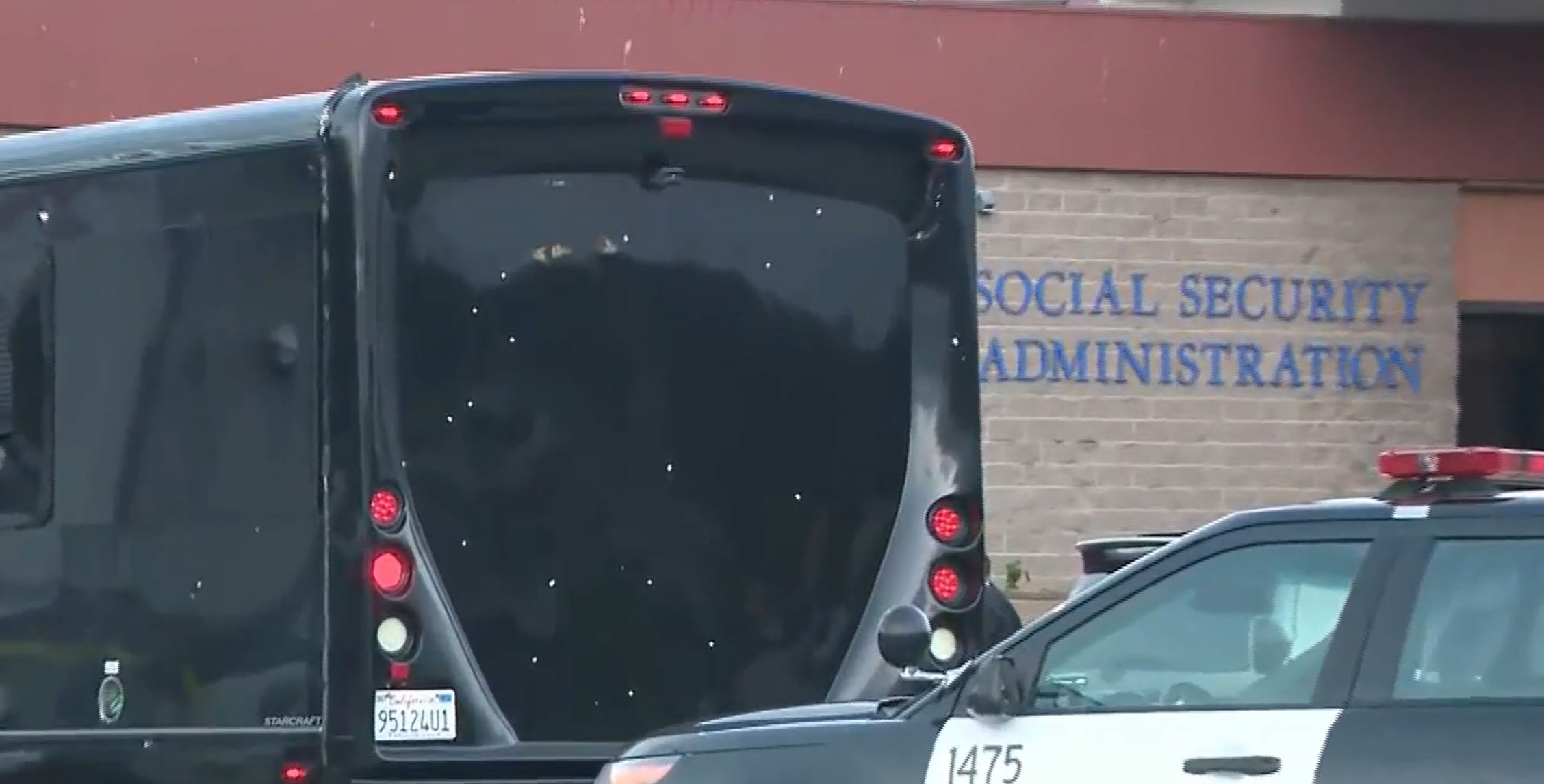 Casandra Brown's daughter was caught in the crossfire while in her own car as the suspects fired on the bus.

"You can see the hole in her car and it was this big!" said Brown, making a circle with her thumb and middle finger about the size of a golf ball.

"The bus was going and it was shooting at the bus and her car happened to get shot," Brown continued. "Not shot at; they didn't target her. Whoever was shooting was just shooting."

Brown went on to implore those behind the violence plaguing Oakland's streets to stop.

"People, y'all please stop shooting! I'm scared for my own life, okay? Please put down the guns," said Brown.

"How many lives do we have to lose before somebody says this is not okay?" asked Armstrong, echoing the sentiment.

The chief said his personal visit to see the victims recovering at Highland Hospital reminded him that those who were shot are family members, children and parents of others who are also suffering from the tragic results of gun violence.

"Looking at a young lady who was severely injured reminds me of my own children," Armstrong said.

The party bus deaths were the 52nd and 53rd homicides of the year in Oakland, which had totaled 24 homicides at this same time last year.