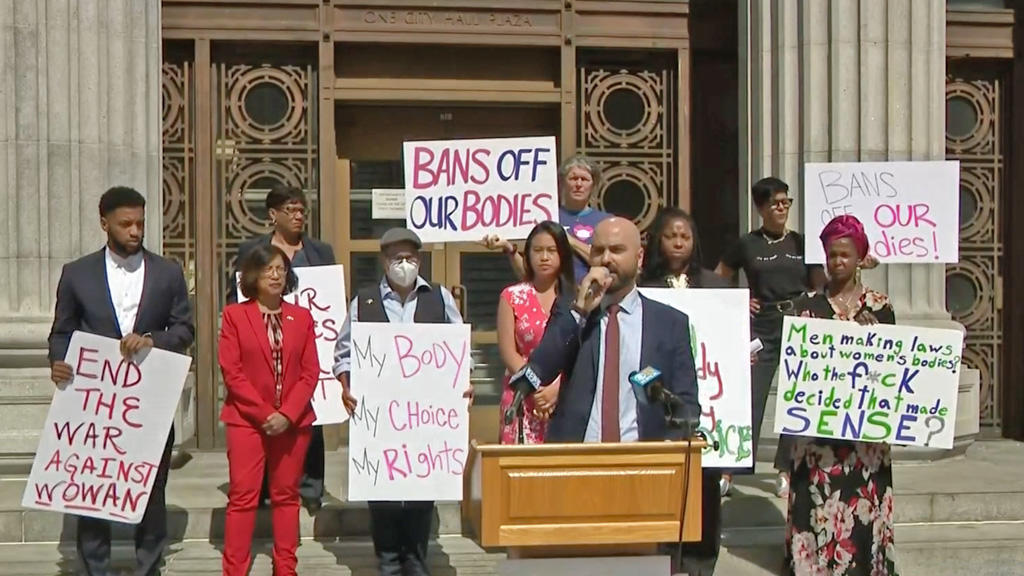 The resolution is in response to the potential that the U.S. Supreme Court will overturn Roe v. Wade, which was decided in 1973 and made abortion legal in the U.S. Two weeks ago, a leak by the high court suggested it was going to overturn the landmark decision.

The resolution says that Oakland is a right-to-choose city, demands that state and county leaders provide enough money for abortions and other reproductive health care and encourages national leaders to codify in federal law the right to an abortion.

"This is a right to our democracy," said City Council President Pro Tempore Sheng Thao, the chief sponsor of the resolution and an Oakland mayoral candidate, at a news conference Tuesday morning in front of City Hall.

"More women will die" if abortion is illegal, she said.

After the vote, Thao praised Oakland for being the first city in California to declare itself a sanctuary city for women seeking abortions.

"Healthcare is a human right," she said. "The City of Oakland stands behind anyone who needs it."

Co-sponsoring the resolution was council President Nikki Fortunato Bas and Vice Mayor Kaplan, who is running for Alameda County supervisor.

Thao said the issue is personal for her, because when she was raising her son, she used the health care and family planning resources at Planned Parenthood.

Councilmembers voted to declare that "anyone should have the right to abortion, on-demand and without question."

The body also urged the state of California and Alameda County to expand funding for abortion access and reproductive rights.

Kaplan said abortion and contraception should be legal and available.

Kaplan cited recent work by Santa Clara County Supervisor Cindy Chavez to give $3 million to Planned Parenthood, something Kaplan would like to see Alameda County do.

As a supervisor she would do that, she said. She would use the role of supervisor to expand funding for contraception and for abortion throughout the county.

Thao's resolution also throws the council's support behind U.S. House Bill 3755, which would codify the right to an abortion into federal law. House Bill 3755 is also known as The Women's Health Protection Act of 2021.

The bill passed the House of Representatives in September but failed to get enough votes to pass in the U.S. Senate in February. The bill would prohibit government restrictions on access to and the provision of abortions.

The bill has 215 co-sponsors, including Rep. Barbara Lee, D-Oakland, who supported Thao's resolution before the Oakland City Council.

Bas said her message is simple.

"Health care is a human right," she said. "And abortion access is health care."

Bas said people must push back so that racism and white supremacy, patriarchy and sexism have no place in society.

"Let us continue to move forward and not backward," she said.