OAKLAND (KPIX) -- The Oakland Athletics may face another curveball in their quest to build a new waterfront ballpark. A city council member is now looking at the idea of asking Oakland voters to vote on the project.

At a town hall meeting held by West Oakland councilwoman Carroll Fife this weekend on the proposed ballpark at Howard Terminal, a lot of people said they want to have the final say on the controversial project. The Oakland city council is expected to vote on the construction of the new ballpark sometime this summer.

Councilwoman Fife said the project was moving too fast and ignoring the needs of Black and Brown families in her district.

"What I find to be lacking in some of the decisions that are made by people who have a position of power is the lack of input from the community," Councilwoman Fife said. 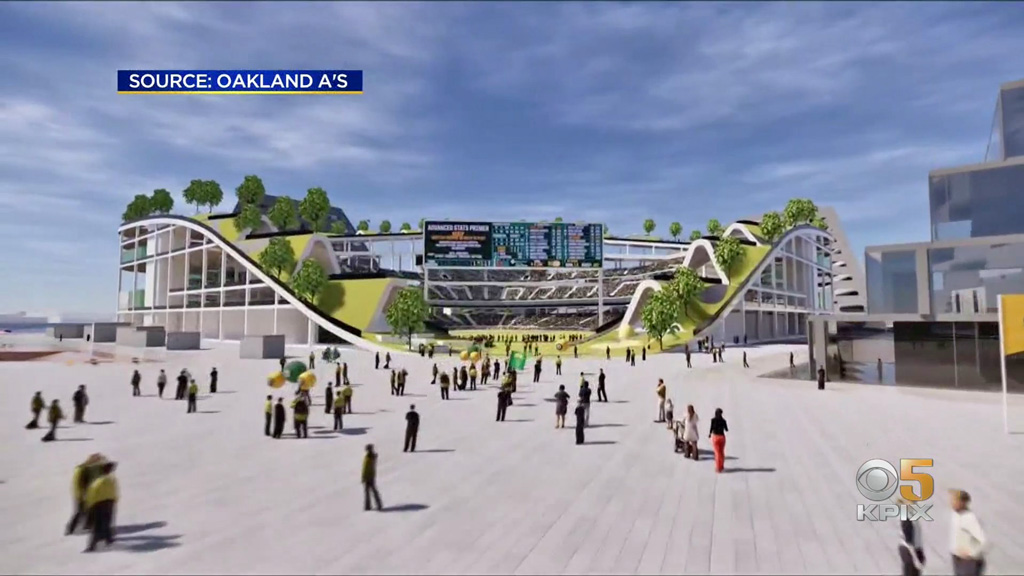 Kaval opposed a ballot measure, saying it would further delay the waterfront project.

"It brings a lot of uncertainty, changing at such a late time in the game. Kind of the structure in which we were trying to work hand-in-hand with the city. And it also takes a lot longer. Obviously, we're talking about November," Kaval said.

Kaval said they've attended many community meetings and heard from thousands of people over the years.

"This is a project we want to do but we need decisions now," Kaval said.

Councilwoman Fife will likely meet with the rest of the council members to see what they think about the idea of a ballot measure. A majority of the council would have to vote yes in order to place a measure on the November ballot.

The team said it would look for a new ballpark site in Las Vegas if the Howard Terminal plan is rejected.