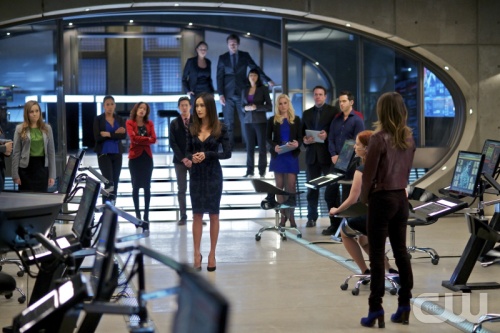 When Nikita (Maggie Q) decides Division should take on a government mission to eliminate the President of Chad (guest star Jonathan Adams) while he's in Paris, Alex (Lyndsy Fonseca) takes a stand and refuses to participate. Upset that Nikita is keeping secrets from everyone, much like Percy did, Alex recruits Birkoff (Aaron Stanford) to dig up secrets on Danforth (guest star Richard T. Jones) to use as leverage in case things get messy with the government.

Alex and Birkhoff are shocked when they come across a secret so big it could blow up Division — literally. Shane West, Noah Bean, Dillon Casey and Devon Sawa also star. Mark Baldwin directed the episode written by Kristen Reidel.