SAN FRANCISCO (CBS SF) -- San Francisco's luxury condos are being purchased by the wealthy who have an unquenchable thirst for high-end real estate, but don't live in the city, according to an analysis of property records by the news website 48hills.

Instead, their city condos are second, or third homes.

48hills reviewed San Francisco's Assessor's Office records for over 5,200 condos in 23 buildings, most built after the year 2000 and all of them market-rate residences.

The data reveals that absentee owners, or persons having a listed address that is different than the condo residence, control approximately 2,000 of those condos, or about 39 percent of the total. In some buildings, there were more than 60 percent absentee owners.

The findings confirm many affordable housing advocates' suspicions: many condos are owned by Silicon Valley tech entrepreneurs. The owners also come from Marin County and the East Bay executives with some living as far New York City and Hong Kong.

"This data points to the irony that when discussing the eviction crisis in San Francisco, so many, including so many in tech, are quick to assert that development is the solution," Erin McElroy of the Anti-Eviction Mapping Project told 48hills. "New development for absentee owners does not solve the housing shortage, especially for poor and working-class residents."

It's unclear how much time these owners spend in their San Francisco condos. It's possible some are rented out to full-time residents, but San Francisco doesn't keep detailed enough records to identify rental units.

48hills also found some of the condos were listed on Airbnb and VRBO for as much as $6,000 a night. 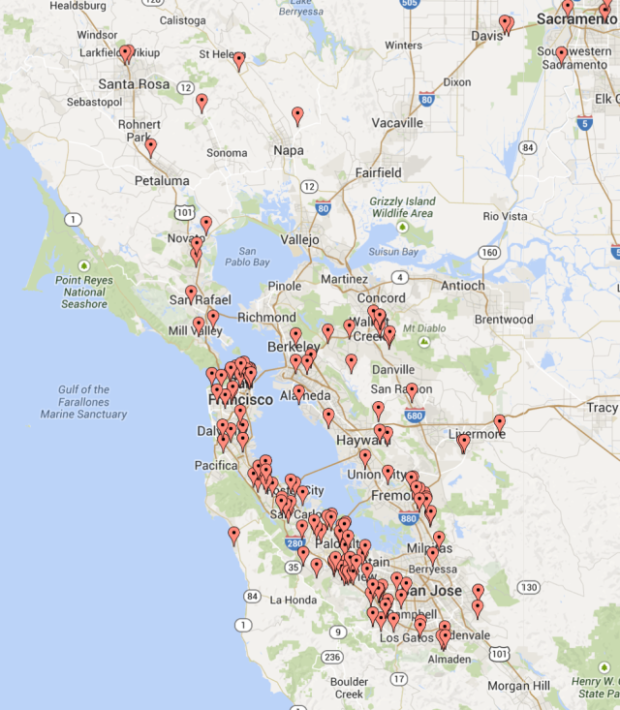