CONCORD (CBS SF) -- Police said no suspects are outstanding at a Concord movie theater where a man was shot Sunday evening. 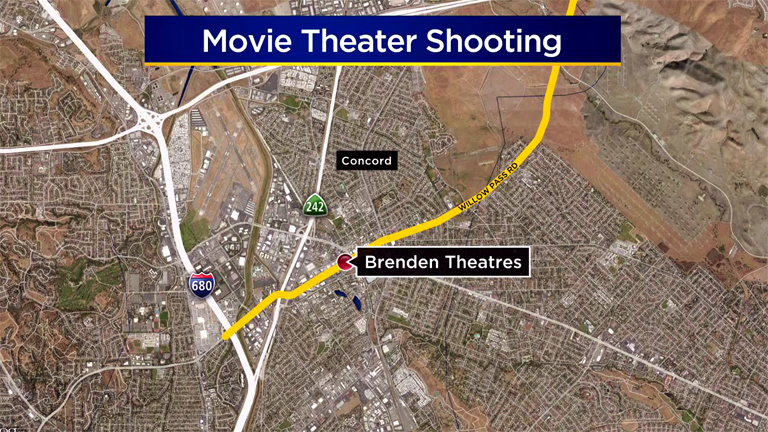 The shooting was reported at 6:48 p.m. at the Brenden Theatres at Salvio and Galindo streets.

One victim was taken to a hospital, according to Concord police spokesman Cpl. Christopher Blakely.

An ambulance rushed the victim to the hospital. His wounds are not believed to be life-threatening.

Police say there was some sort of disturbance that led to the shooting but will not elaborate on the details of the disturbance.

At first, police were worried it might be an "active shooter" situation, so -- as a precaution -- some moviegoers were ordered to evacuate. Others were told to take cover in place.