OAKLAND (CBS SF) -- After traveling thousands of miles in a desperate race with time, Shaima Swileh was finally able to comfort her dying son Thursday in an Oakland hospital.

The Council on American-Islamic Relations, which aided Swileh in her efforts to get a waiver of the travel ban, released a photo of her cradling her ailing son. 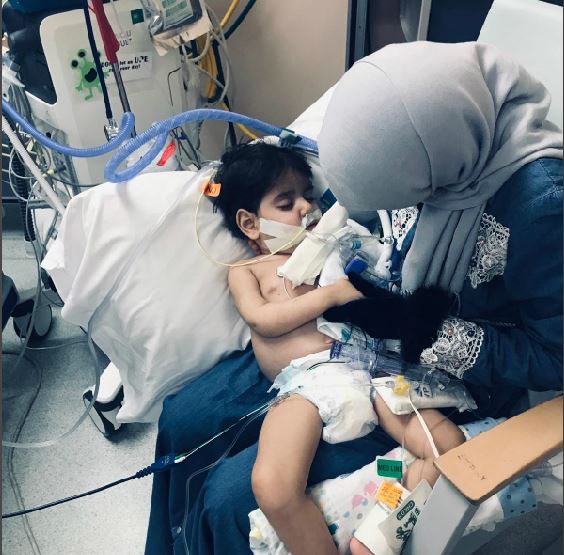 The reunion came after an emotional week that saw Swileh welcomed by a large crowd at San Francisco International Airport Wednesday night after a long flight from Egypt.

A Yemeni, Swileh, had applied for a travel visa several times, but was denied because her home country is under the Trump administration's travel ban.

Her son, 2-year-old Abdullah, has a degenerative brain disorder and is on life support at an Oakland hospital. He could be taken off at any moment.

The boy's father, Ali Hassan, flew to California with Abdullah a few months ago in a last ditch effort to save him, leaving behind his wife.

Hassan is a U.S. citizen from Stockton and sought to receive the best medical care for Abdullah in Oakland.

Since then, Swileh has tried to get a waiver to be by her son's side, but was repeatedly denied. Earlier this week, the family's story not only gained national attention, but also the attention of lawmakers and thousands of supporters who wrote letters to Congress.

By Tuesday, Swileh had gotten word that the State Department granted her a waiver to be with her son in his final moments.