BERKELEY (CBS SF) -- Investigators searching for a missing graduate student from the University of California at Berkeley have located some of her belongings in Point Reyes, police announced late Saturday night.

Earlier in the day, investigators found a vehicle belonging to 22-year-old Shuqin Zhang near the Point Reyes Lighthouse, according to police. 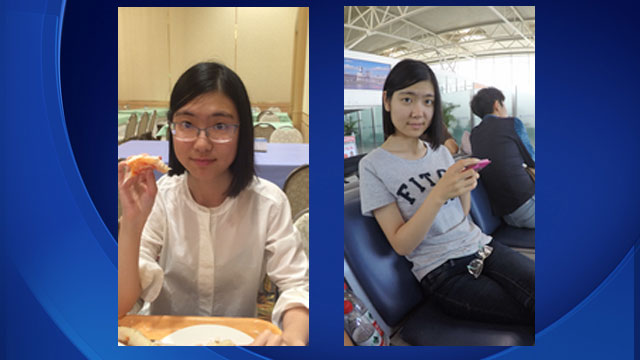 Police found Zhang's belongings on a cliff above the ocean.

A number of agencies are currently searching the area, including the National Park Service, United States Coast Guard and Marin County Search and Rescue, according to police.

Zhang is described as an Asian woman with black hair and brown eyes, weighing roughly 90 pounds at 5 feet 2 inches tall. She wears glasses and might be wearing a greenish-blue hoodie.

Zhang was last seen early Thursday morning at 1:30 a.m. in Berkeley. Investigators believe she may have left for Bodega Bay around 3:40 a.m. that day.

She was scheduled to fly to China on Friday morning but did not make her flight. She's believed to be at risk, police said.