SAN FRANCISCO (KCBS) -- A window washer who fell 11 stories from the rooftop in San Francisco's Financial District Friday and landed on a moving car remains in critical condition at San Francisco General Hospital.

Onlookers, and even the driver of the car he landed on were astonished to find the victim landed on the ground, injured, but still alive. While it may seem like a miracle, the window washer's survival is grounded in the laws of physics.

Physics professor and senior scientist at the Exploratorium in San Francisco, Dr. Paul Doherty, said because of all the factors involved there is no simple answer to how a window washer can fall 11 stories and live.

But, he said the car was crucial in minimizing the force of the impact, by spreading it out over time.

"You would have to spread out that impact over time, and the best way to do that is to hit something that crumples under you."

Doherty said Hollywood stuntmen in movies do this all the time.

"They have a pile of boxes, or air-filled mattresses and they fall off the roof, and those boxes, or crumpling material, crumple 3 feet or more when they hit."

He said the same factors played a role with the window washer, because the car minimized the impact by spreading.

"I looked at the images of the roof of this car. He hit the roof and it crumpled quite a ways… more than a foot of crumpling," said Doherty. "That's enough to really spread out that impact. Essentially, the car suffered, and he suffered less, because the car crumpled under him."

Doherty also compares it to a vehicle airbag, which goes off and collapses under the body's impact, more gently spreading the force of the impact on the body instead of the driver hitting the dashboard at 60 mph.

"There are people who have fallen from airplanes in WWII, 10,000 feet and cratered into the soft snow," said Doherty. "They found themselves at the bottom of a 3 foot crater, and got up and walked away."

The rear-end of the car the window washer fell on was destroyed, but the driver, identified as Mohammad Alcozai, was not hurt. 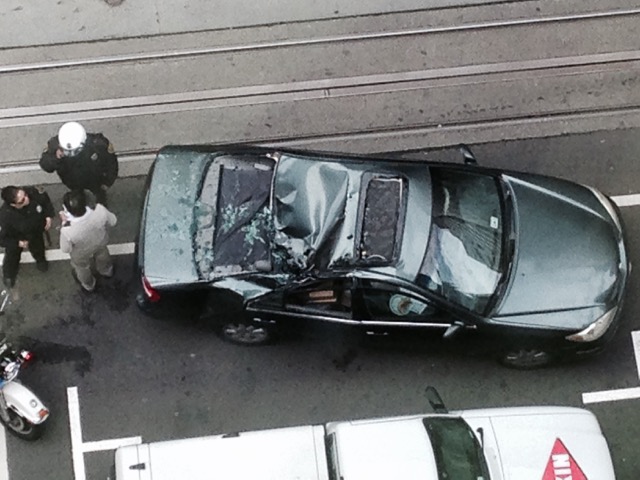 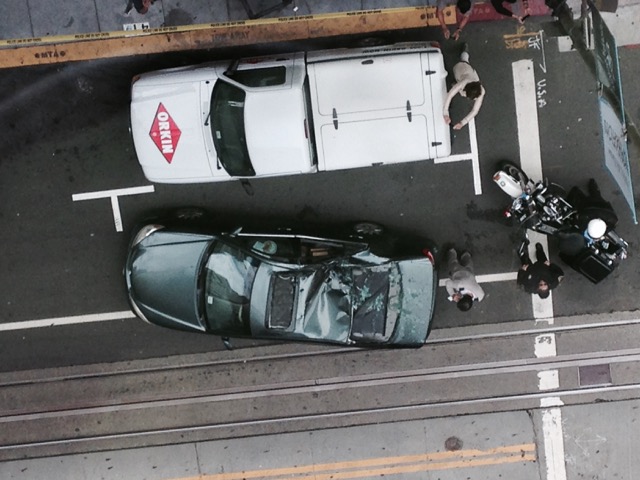 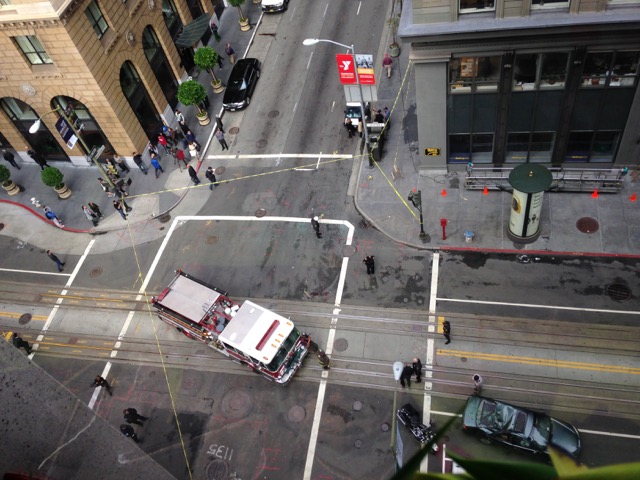