SAN JOSE (KPIX) -- At an age when many people might find it difficult to drive or even walk across the street, Mayetta Behringer was still piloting airplanes.

Now, age 100, she is still fierce, feisty, funny and her lifelong love of flying is as strong as ever.

"I don't know where it came from but I always wanted to fly," Behringer said.

When Mayetta Behringer was born in May, 1918, aviation was in its infancy and the Wright Brothers' historic first powered flight at Kitty Hawk was a mere 15 years in the past. 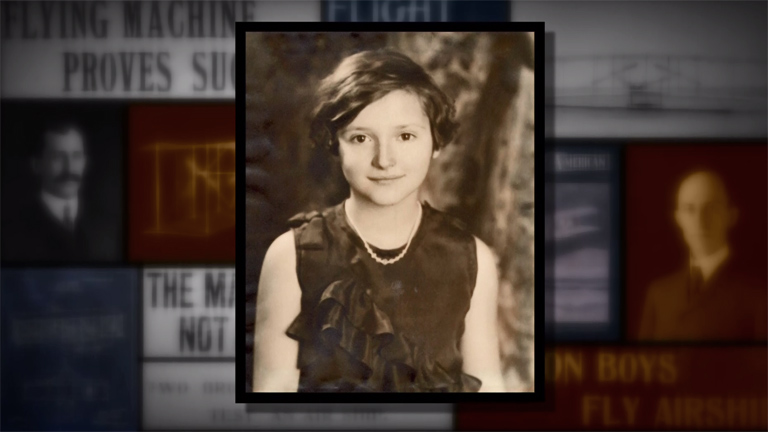 "(My) dad wanted to know what I really wanted to do and I said 'Fly,'" Behringer remembers. "He said to me, 'you've never been up in an airplane. How do you know you're gonna like it?' and I said, 'well, I've dreamed it for ages' so he said, 'OK, let's go for a flight.'"

With that first flight, Mayetta was hooked.

"It was an open cockpit and it was wonderful -- I never came down from that flight," Behringer said.

Mayetta earned her wings. First came her pilot license in 1945 -- a major accomplishment at a time when few women flew but one she couldn't share with her first husband, who died in a plane crash at the end of World War II.

Years later Mayetta met and married Commander William Behringer, the man who would become her co-pilot in life and in flight.

"He flew jets off of carriers and I loved that," Behringer recalls. "I asked him why I couldn't fly and land on a carrier and he just laughed at me."

As a commercial pilot, then a full-time flight instructor, Mayetta Behringer spent the post-war years flying high, often bringing her growing family alon on cross-country flights. She even trained in a military jet to break the sound barrier in 1961.

"The pilot let me fly the airplane -- perhaps I shouldn't say this publicly because it may not be good for the pilot," Behringer confessed.

Six years ago, at age 94, Behringer decided she no longer had the strength to pilot a plane on her own. 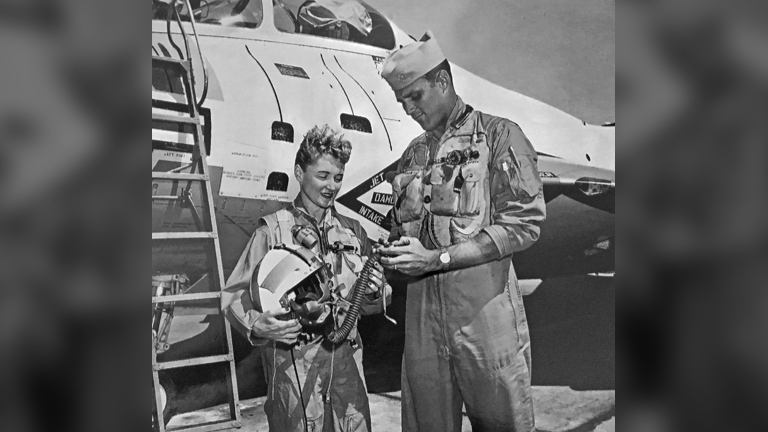 "I think not being able to fly the plane herself hurt more than anything else ... she just loves it," said friend and pilot Pat Gregory.

On her 100th birthday last month, Mayetta Behringer received a gift from her fellow women pilots and soon found herself back in a cockpit, high above the South Bay -- a co-pilot emerita, so to speak.

From the moment the light plane lifted off Mayetta was in heaven again.

"I think it's the freedom of being up there all by yourself and you are in control," Behringer said.

After her birthday flight was over, the veteran pilot confessed to being a bit overcome by elation during take-off.

Looking back at the many decades where she soared above the clouds Behringer admits she would have liked to try her hand at aerobatics, perhaps as a stunt pilot.

"I can't imagine sitting on the ground all my life," she laughed, adding, "That's an impossibility."