Novato police responded Monday at about 11:35 p.m. to a report of a robbery at the Shell gas station/Loop store at the corner of Rowland and South Novato Boulevards. 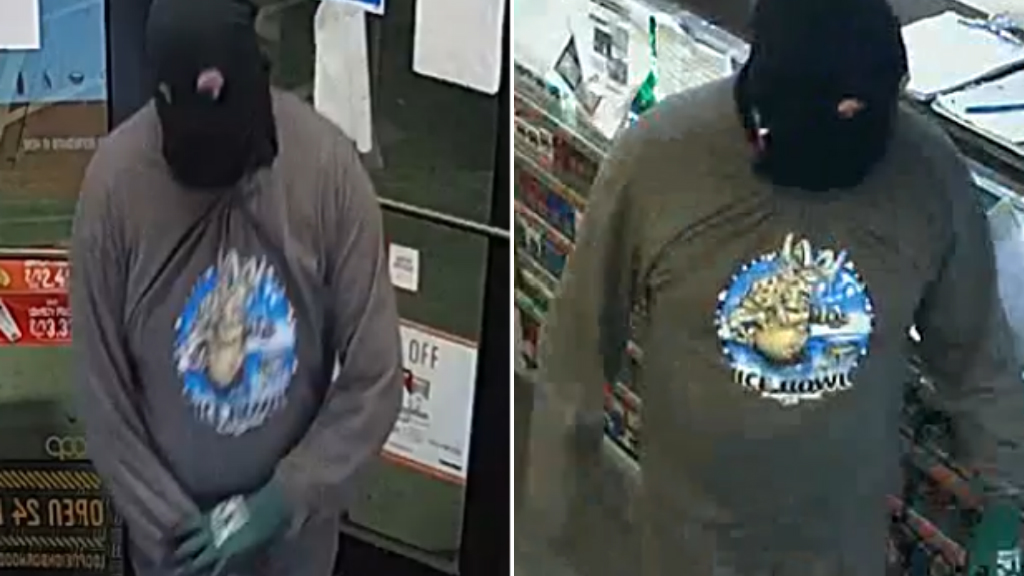 Surveillance images showed a man wearing a black mask entering the store, who then threatened the clerk on duty with a knife and demanded cash from both store registers, police said.

The clerk gave the robber money and he fled. Police detectives were able to obtain surveillance video of the robbery.

The suspect was described as a white male adult, six feet tall and possibly had grey hair. Aside from the black mask covering his face, the man wore green-colored gloves, grey pants, grey shoes, and a grey long-sleeved T-shirt with a distinctive "Ice Bowl 2019" disc golf logo on the front.

Anyone with information about the suspect was asked to contact the Novato Police Department. Information can be provided by email to crimetips@novato.org or by phone at 415-897-1122. Tipsters can remain anonymous.