REDWOOD CITY (CBS SF) -- Two masked intruders worked their way into a closed Redwood City bank Tuesday morning, leaving some damage behind but making off with no money before they were shooed away by animal control officers.

The intruders, two juvenile raccoons, were seen inside a Chase Bank branch the 200 block of Redwood Shores Parkway bank before it opened Tuesday by a person using the bank's ATM, according to the Peninsula Humane Society & SPCA.

"It's not every day an animal organization gets called to deal with a bank break-in, but since the bank robbers were masked bandits of the wildlife kind, we were indeed the appropriate responders," said PHS/SPCA's Communications Manager Buffy Martin Tarbox in a prepared statement. "The bank managers let our rescue staff into the bank, and after about ten minutes of chasing the raccoons around the bank, we were finally able to safely shoo them outside. They apparently didn't want to leave the bank." 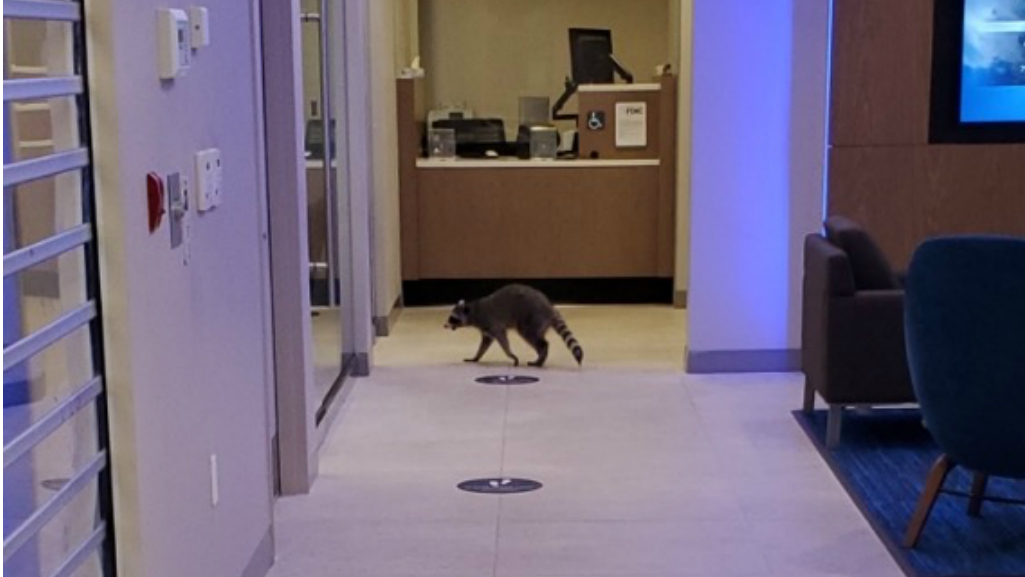 The bank customer who first spotted a raccoon inside the bank thought he was seeing a stuffed animal on top of a desk, until it moved and he realized he was looking at a break-in progress, so he called the PHS/SPCA.

"There were muddy pawprints on a tree outside the bank, so we suspect the raccoons climbed the tree to the roof of the bank, and then somehow managed to crawl into the air ducts and fell through the ceiling tiles onto the floor of the bank," according to Tarbox. "There were several broken ceiling tiles, and the masked bandits knocked papers around and even a computer over. Thankfully the raccoons were not injured during their morning escapade, and to our knowledge they didn't abscond with any money." 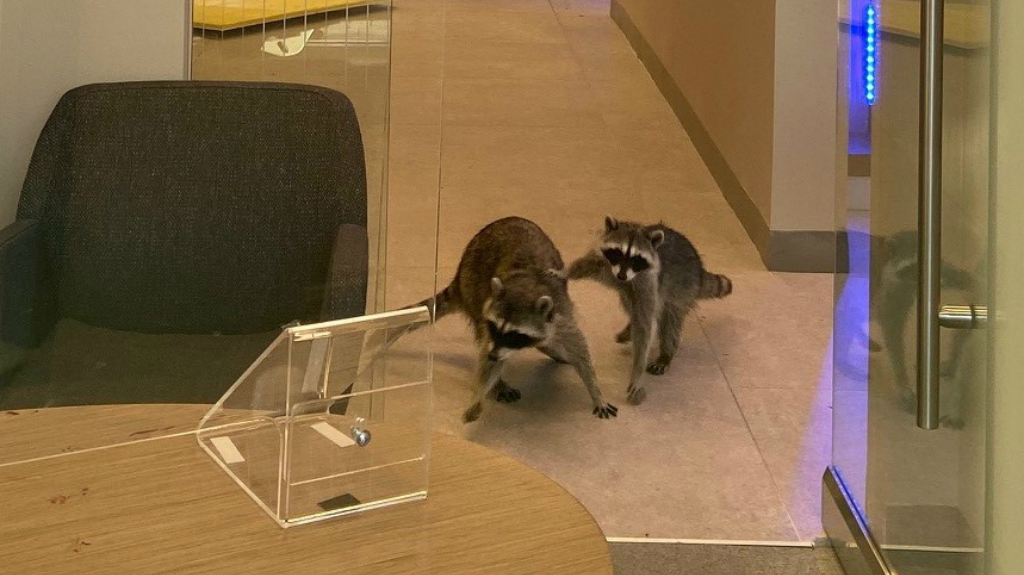 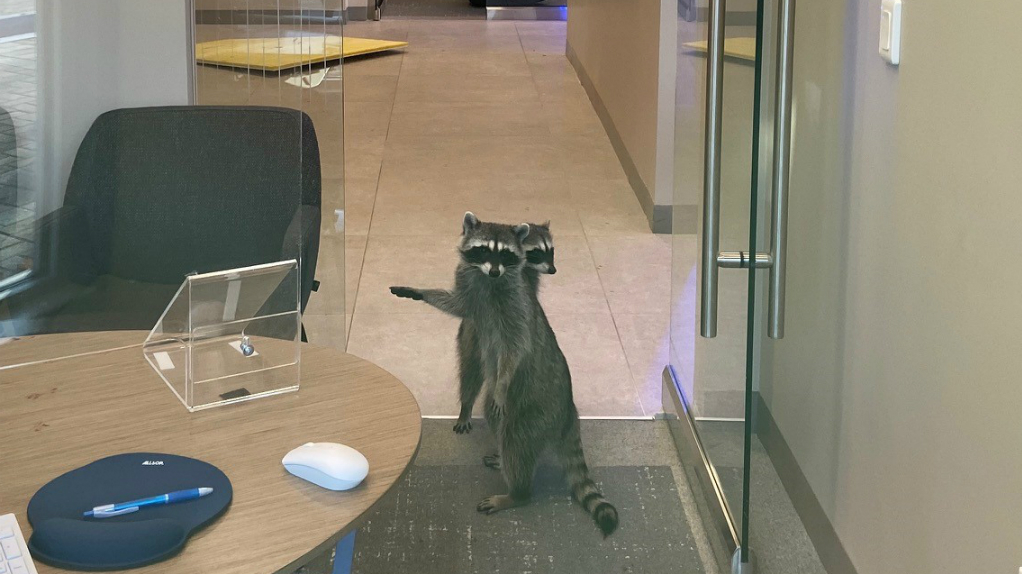 As raccoons are highly intelligent, curious and have opposable thumbs on their front paws, they are more than capable of learning complex methods to gain entry into buildings.

Tarbox believes the caper went down like this: "The nefarious duo climbed this tree, somehow got into the air ducts and then made their way into the bank because then what happened next was they actually fell through the ceiling tiles," she said.

Once inside, they knocked over computer screens, dumped papers on the floor, but it appeared their main target was a large box of almond cookies. 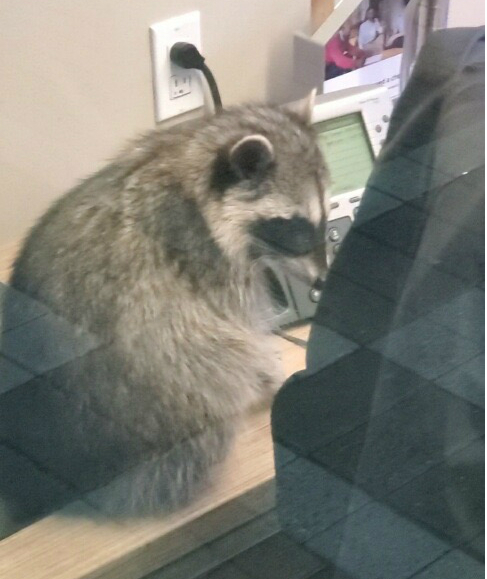 Don Ford contributed to this report.