MARTINEZ (KPIX) - Until recently, Martinez was a small town tucked away in the East Bay, famous for being the birthplace of both Joe DiMaggio and the martini. But thanks to a video gone viral, city leaders fear that the world now sees Martinez as the hostile home to a newly-painted Black Lives Matter sign.

On Saturday, a pair of angry Trump supporters painting over a Black Lives Matter sign in downtown Martinez was caught on cellphone video. The clip went viral and now the city feels its reputation is on the line. 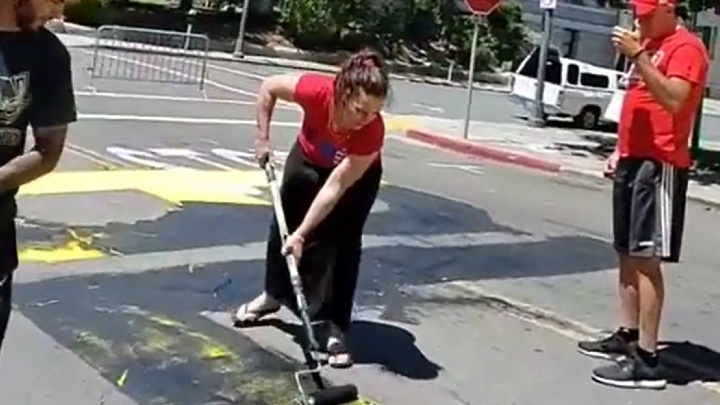 "This is not happening in my town…!" shouts a woman in the video now seen by millions worldwide, as she smeared black paint over the Black Lives Matter sign on Court St., created just hours earlier.

"There is no oppression. There is no racism. It's a leftist lie," shouts a man wearing a Trump re-election T-shirt.

The sign had the approval of the city and was repaired, but the next day another man was arrested and jailed for brandishing a gun in an argument with BLM activists. On Monday, the Mayor worried that this was going to be the only thing the outside world would know about Martinez.

"It takes almost a lifetime to build a reputation, it takes a millisecond to ruin it. And that's kind of my concern here," said Mayor Rob Schroder. "I don't want the world to judge what's going on in social media that this is Martinez. That we're all a bunch of racists and fighting with each other."

Michael Dunn loves the town and just moved the headquarters of the Boys and Girls Club of Contra Costa there. So the organization's CEO is saddened by the news.

"And now I get a chance to tell people, you know that martini city I was telling you about? Well, yeah, that's the same one that was just on CNN," he said. 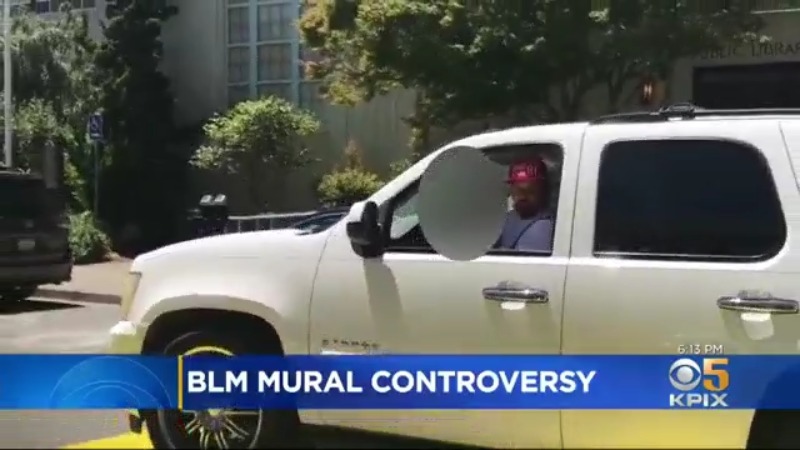 But even as he was speaking to a reporter, a motorcycle pulled up and revved its engine to interrupt the interview and another man driving by in a white SUV began yelling obscenities about Black Lives Matter.

"That lasted 5 seconds and we're still talking," Dunn said. "We won't be silenced …we won't be scared."

The anger is palpable and the fact this is all being done in broad daylight in front of everyone means only one thing to City Councilmember Noralea Gippner.

"There's a lot of bold people, c'mon!" she said. "What's going on in our world now…the way our President treats people? It makes people bold to do stupid things!"

The mayor says the couple who vandalized the street sign has been identified and their actions have been referred to the District Attorney for possible charges.

Meanwhile, if the Black Lives Matter movement has taught us anything it's that we may not know our neighbors as well as we think we do.