The area was initially under an evacuation warning, but overnight winds accelerated the advancing wall of flames toward the wooded, hilly area 12 miles west of Healbsburg. 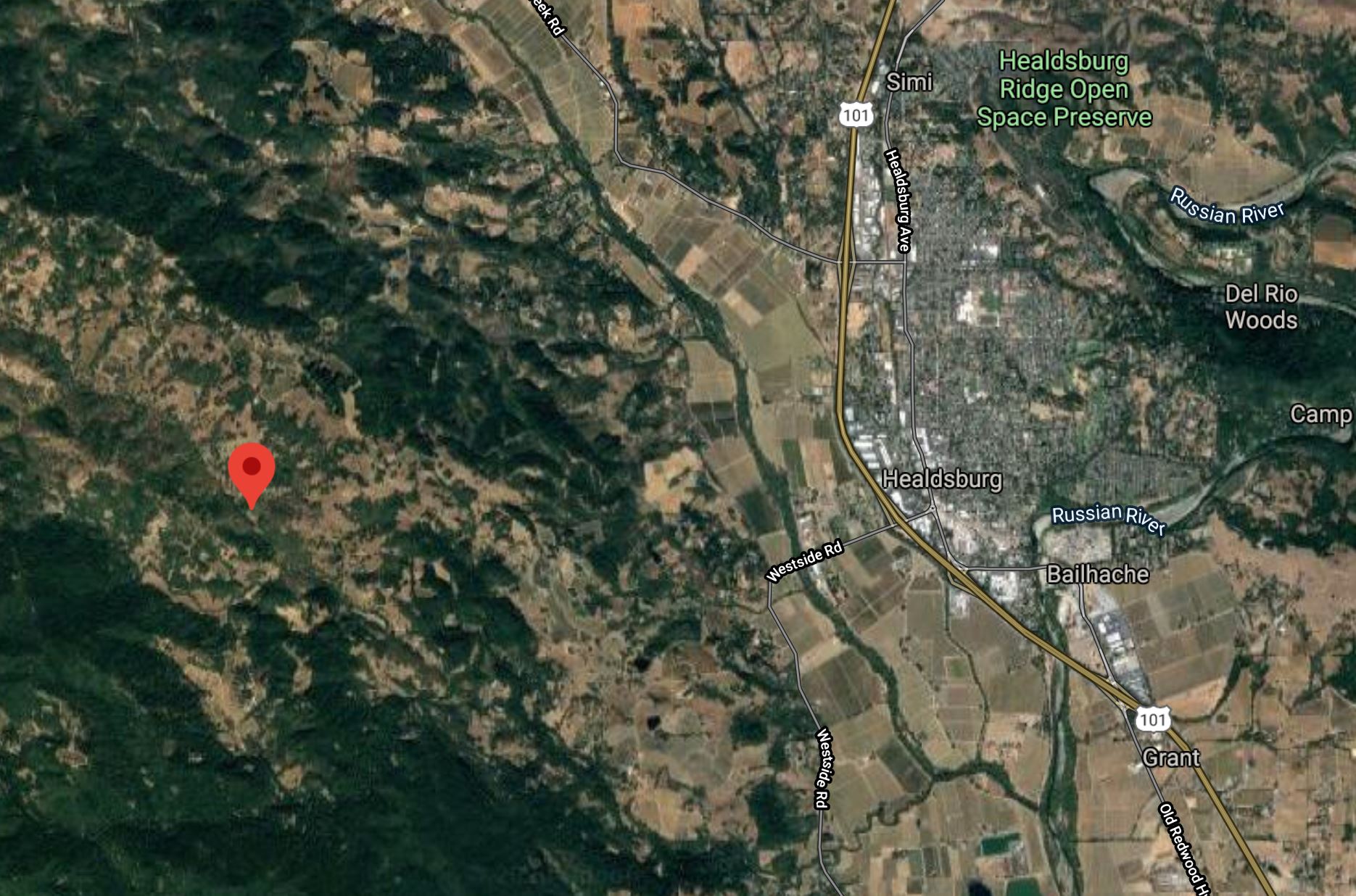 Video shot around 2 a.m. as the fire rolled through showed homes consumed by flames, power poles, vegetation and trees ablaze.

At least four people have died and four others injured as the massive group of fires comprising the LNU Lightning Complex fires (map)  burned through 215,000 acres in two counties stretching from the shores of Lake Berryessa to the neighborhoods near Fairfield as of Thursday evening, destroying or damaging more than 600 structures, fire officials reported. 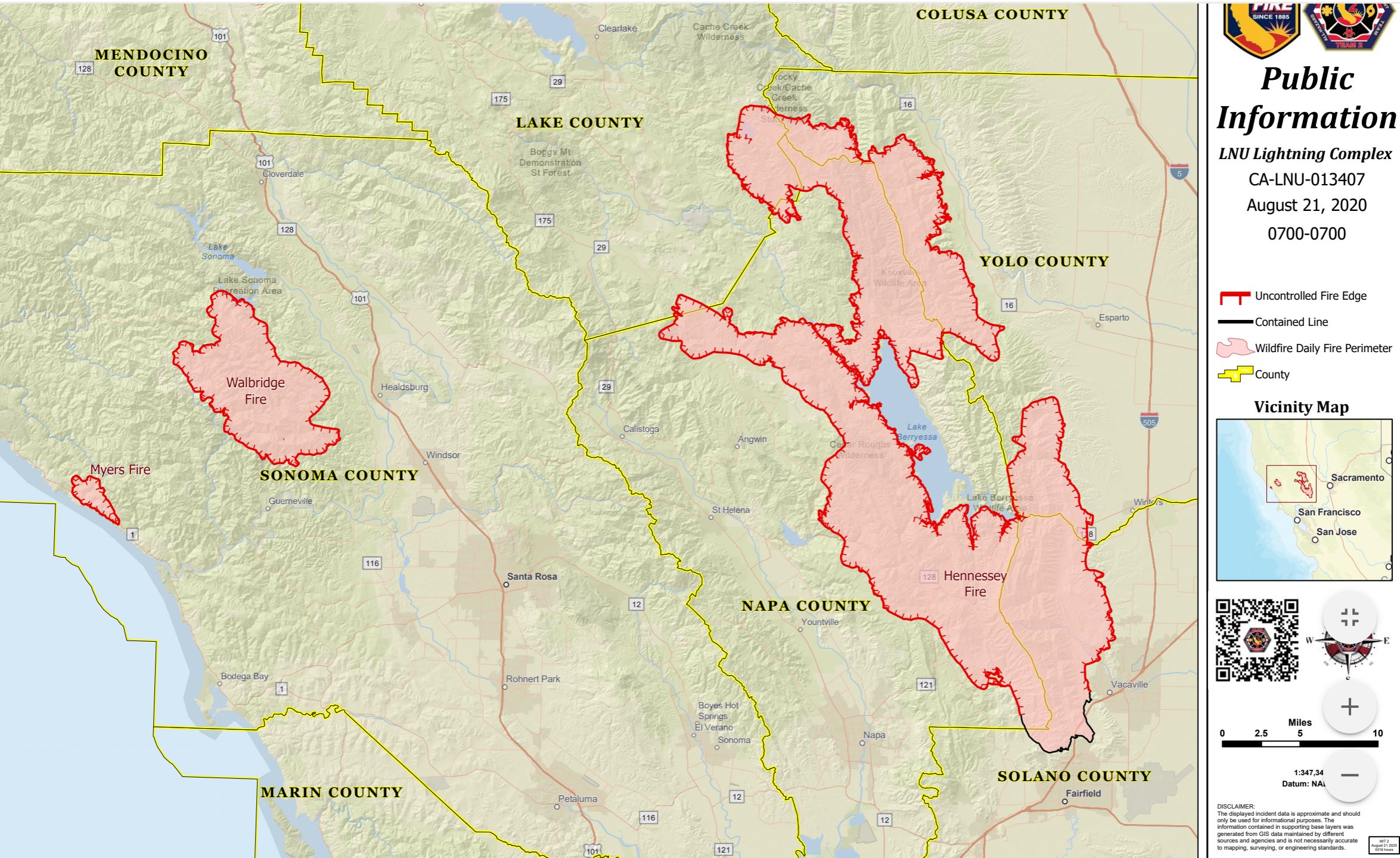 Many residents in living west of Healdsburg hurriedly evacuated whatever they could carry from their homes Thursday night, as the flames closed in.

Roads in the Mill Creek area became impassable as a raging fire scorched the mountainside. Flames were seen shooting up the sides of the majestic redwoods, burning wildly out of control.

Jason Passalacqua, who lives off Mill Creek Road said, "It's scary at the end of the day and it's out of anybody's control."

Passalacqua has been working all day and night on what he can control. "We trimmed back trees, put sprinklers on the roof and, most importantly, I have friends that have showed up that have offered to help."

Air tankers worked as late as they could to try to knock most of the blaze. Residents say the fire has been erratic, especially with the winds picking up.

Gail Pippi said "It starts on one end and goes another. They don't know what to predict right now."

Firefighters have been dealing with abnormal weather conditions.

Paul Lowenthal, the Walbridge Fire public information officer, said: "Depending on what part of the fire we're on, we've had increase in winds and fire behavior anywhere from that 9, 10, 11 o'clock hour to 3 in the morning."