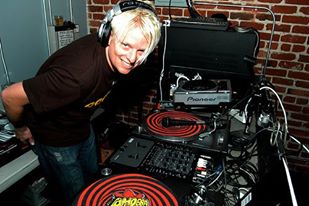 I've recently been asked by several record label A&R scouts about any emerging talent from the Bay Area that they should keep an eye on and I emphatically responded every time with "Yes, Anya Kvitka!"

San Jose's alt-nu-soul diva Anya Kvitka is an incredibly talented rising star out of the South Bay music scene with boundless potential and she'd be perfect to tour with Fitz And The Tantrums, too.

One of indie rock's brightest new stars hail from Los Angeles and are a trio of musically gifted sisters with an affinity for their parents record collection, i.e. The Eagles, Fleetwood Mac and Stevie Nicks. The Haim sisters released a series of independent singles which not only caught the attention of bloggers and music industry tastemakers alike, but also the keen ear of legendary record producer guru Rick Ruben who inked them to his Columbia Record label. Haim make only their second Bay Area appearance to date at this year's Treasure Island music festival next month (their first was opening up for Vampire Weekend at the Fox).

This Thursday at SF weekly indie club night popscene two exciting and up-and-coming artists make the trek up from So Cal for a co-headlining gig. LA upstarts The Colourist, whom perhaps you've seen as the band featured in those AT&T/NOKIA TV spots, and one of my favorite new chillwave/electronic music producers Ghost Loft collectively will perform and blow some minds at the Rickshaw Stop. Plus, DJ sets by me and Miles The DJ. popscene-sf.com

Oakland, CA, aka The Town, and home of the reigning AL West Champions and 2013 playoff bound Oakland Athletics is also the place to be this Saturday for the first annual OAKLAND MUSIC FESTIVAL! Featuring an eclectic line-up of hip-hop, DJs, indie rock, funk, R&B, jazz and more. Come out and get hyphy in the East Bay this weekend as the party starts at 11AM in the Uptown District (on the corner of 19th and Jefferson) for more info check out oaklandmusicfestival.com.

5. SUBSONIC PICK OF THE WEEK: TENSNAKE

It's the perfect soundtrack for driving around the city at 3am after leaving a club and a MUST if you're a fan of UK dance act Disclosure.