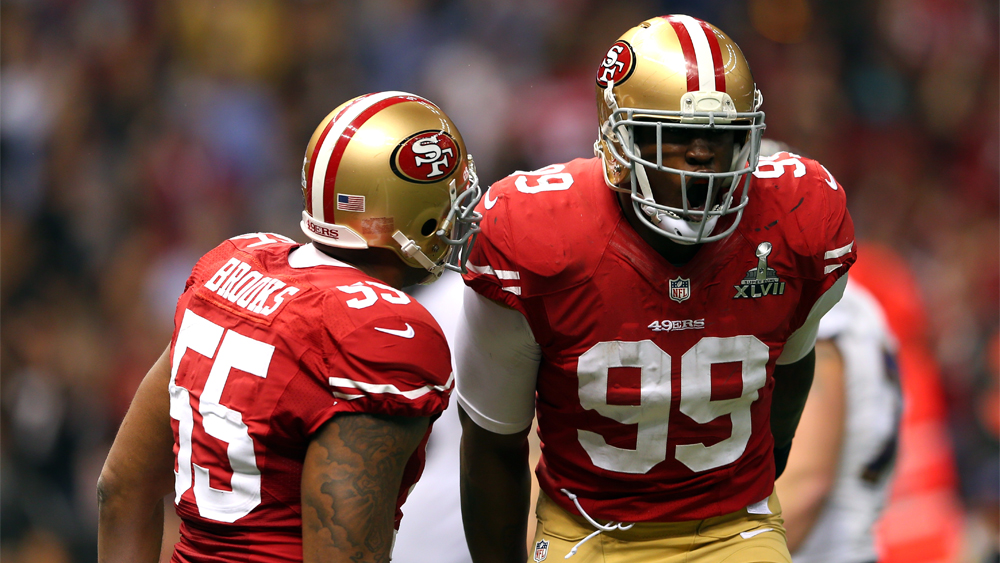 According to the San Jose Mercury News, at least eight 49ers have been the investigated since 2012, including QB Colin Kaeperick and WR Quinton Patton in a police report over an incident with a woman in Miami. Kaepernick denies any wrongdoing.

Here are other incidents involving current or former 49ers:

San Francisco 49ers linebacker Aldon Smith was taken into custody after allegedly yelling "bomb" at a terminal at Los Angeles International Airport, according to multiple reports.

Cornerback Chris Culliver of the San Francisco 49ers was arrested in San Jose on hit-and-run and weapons possession, according to San Jose Police. He has pleaded not guilty.

In February of 2013, San Francisco 49ers offensive lineman Al Netter was arrested for DUI, according to the Santa Rose Press Democrat. Netter spent the 2012 season on the 49ers practice squad.

The California Highway Patrol said it arrested San Francisco 49ers defensive end Demarcus Dobbs early on a Friday morning in on suspicion of driving under the influence and possession of marijuana.

San Francisco 49er rookie outside linebacker Aldon Smith was arrested Friday, January 25th and was charged with driving under the influence.