SAN FRANCISCO (KCBS) - KCBS Entertainment Editor Jan Wahl reviews "Lone Survivor," which stars Mark Wahlberg as a member of a SEAL team on deployment in Afghanistan. Also reviewed is "August: Osage County," a drama starring Meryl Streep and Julia Roberts about a dysfunctional family that must reunite in their old home.

It's an unforgettable battle film, based on a true story of courage and despair. After showing us their training and very different personalities, four Navy Seals are sent on a covert mission to neutralize a high level enemy operative in the mountains of Afghanistan. Soon they are confronted by unthinkable odds.

Every scene feels authentic, taking us into their nerve-wracking world—falling down hills and watching out for possible death at every turn. Director Peter Berg makes this a visceral experience, excruciating in its graphic depiction of wounds and death. Mark Wahlberg ("The Fighter") once again reminds us of his fine acting. Very graphic. 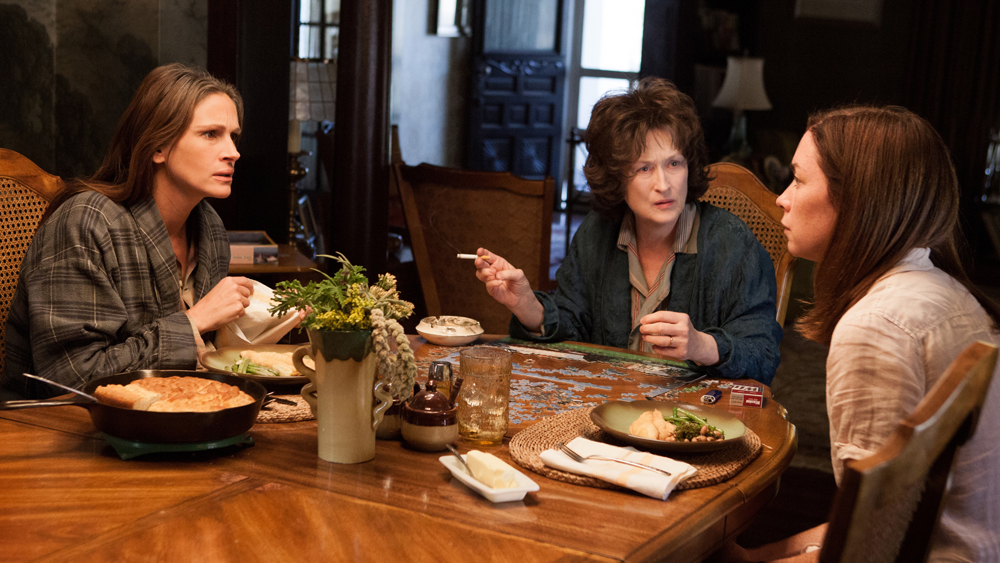 Some of us saw this play when Estelle Parsons starred in it—a beautiful ACT production. Her character of the bitter, drug addiction matriarch was often as comical as she was horrific. That is missing from Meryl Streep's performance in the film, but it is a still a movie worth seeing. Sam Shepherd is our introduction to a family in Oklahoma, he's an alcoholic, his wife is on pills..and that's just the beginning.

The play won the Pulitzer Prize for Tracy Letts, and the story of family anger and dysfunction feels authentic. Think Tennessee Williams, Eugene O'Neal and some fabulous acting, including Julia Roberts in a role of fire and ice.